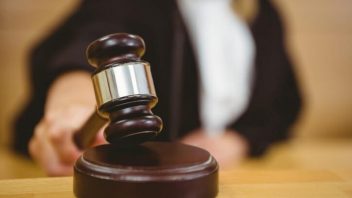 An Indiana jury this month awarded $35 million to a woman in a transvaginal mesh case. The jury found Johnson & Johnson and its subsidiary Ethicon negligent in the design and marketing of the Prolift transvaginal mesh device.

Barbara Kaiser and her husband filed a lawsuit against J&J and Ethicon after Kaiser received a Prolift mesh implant during prolapse repair surgery.

Kaiser suffered severe pelvic pain, among other “severe and irreversible injuries,” according to her 2012 complaint.
On March 8, 2018, the Indiana jury ruled in favor of Kaiser and her husband after a nine-day trial.

“Ethicon defended an indefensible product, and the jury stood up for Barbara Kaiser,” Kaiser’s attorney Thomas Plouff told Scotland’s Sunday Post. “They were asked to send a message to Ethicon to deter future wrongdoing, and they did.”

J&J and Ethicon knew the device had a high risk of complications and failure, Kaiser said in her lawsuit. But, the device maker failed to warn the public of the risks.

Kaiser’s surgeon testified that he was unaware of the Prolift’s safety risks.

“All surgeries to treat pelvic organ prolapse have risks. While we empathize with those who have experienced complications, many women with pelvic mesh see an improvement in their day-to-day lives,” Tinsley told MassDevice.com via email. “Ethicon stands by, and will continue to defend, our pelvic mesh products in litigation.”