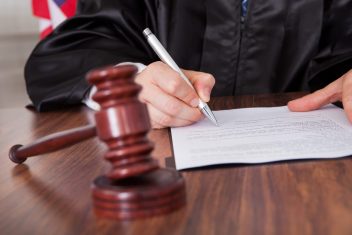 Hundreds of lawsuits filed by people who say the antipsychotic Abilify made them gamble compulsively may settle in the next few months.

A federal judge overseeing multidistrict litigation issued an order May 2 giving the parties until Sept. 1 to finalize a framework for a global settlement.

Multidistrict litigation (MDL) is how the federal courts manage large numbers of cases filed around the country that involve similar questions of fact.

In this case, there are more than 800 pending federal lawsuits filed by people who say Abilify caused them to gamble compulsively.

There are a total of more than 900 state and federal cases filed in the U.S., with more cases pending in Canada, according to a filing with the Securities and Exchange Commission by Bristol-Myers Squibb.

The order comes days after three cases that were scheduled for trial reached their own individual settlements that involved undisclosed amounts of money being paid to the plaintiffs.

The three cases that settled were to serve as bellwethers. These are the early trials in an MDL that are expected to guide parties in settlement negotiations by allowing them to see how various issues will be determined and how juries will rule.

Abilify Linked to Gambling, Other Behaviors

The defendants in the cases are Japanese drugmaker Otsuka and Bristol-Myers Squibb, which marketed the drug in the U.S. until 2013.

It is prescribed to treat conditions including bipolar disorder, schizophrenia and major depression. Doctors also prescribe it off-label for anxiety disorders, post-traumatic stress disorder and dementia, among other conditions.

Abilify’s severe side effects include compulsive gambling, sex and shopping.