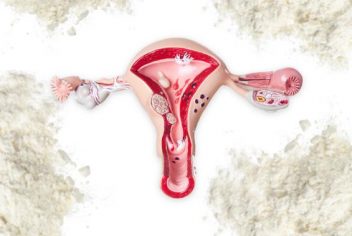 Imerys Talc America will pay the women at least $5 million, according to Bloomberg. The news outlet cites two people familiar with the matter. The remaining terms of the settlement were not disclosed

The St. Louis trial involves lead plaintiff Gail Lucile Ingham of O’Fallon, Missouri. The parties expect opening statements Wednesday. The trial is expected to last until the middle of July.

Imerys emailed a statement to Drugwatch on Monday confirming the settlement.

“Imerys has reached a resolution with the 22 Ingham plaintiffs and is being dismissed from the action,” the statement said. It did not give further details.

Johnson & Johnson faces more than 9,000 talcum powder lawsuits. The number comes from a recent filing with the U.S. Securitimentes and Exchange Commission.

Nearly 7,000 of the cases are consolidated in federal court in New Jersey under a multidistrict litigation (MDL). The remaining cases are in state courts, primarily in Missouri, New Jersey and California.

The vast majority of cases relate to claims that talcum powder products caused ovarian cancer. That includes all the cases in the MDL.

Trials involving both types of cancer have ended in mixed results. Some juries have handed up verdicts in favor of the powder makers. Others have rendered multi-million-dollar verdicts for consumers.

A jury in New Jersey awarded Stephen Lanzo $117 million in his mesothelioma case. Imerys said it would appeal.

“While ITA deeply sympathizes with those affected by all forms of cancer, this decision is inconsistent with a great deal of science establishing the safety of talc, including a recently published study of workers who mined and milled talc,” Imerys Talc America said in a statement. “It is also inconsistent with previous juries addressing the same issues, which did not find ITA’s products contained asbestos or caused any disease.”

Imerys’ portion of that award was $36.1 million. The jury apportioned the rest to Johnson & Johnson.

More About the $117 Million Talc Verdict

“Rather than warn consumers, Johnson & Johnson has worked with industry lobbyists to deny this evidence and the more than 20 other credible clinical studies that have found an increased risk of ovarian cancer among women who use talc for feminine hygiene,” said plaintiffs’ law firm, Lanier Law Firm, in a news release. “Those studies include reports by the United States Toxicology Program and the World Health Organization classifying talc as a human carcinogen.”

Johnson & Johnson maintains that its talc products are safe. The company says the powders have undergone rigorous testing. Among other things, Johnson & Johnson attorneys point out that the Food and Drug Administration does not require warnings on talcum powder.