Fosamax Lawsuits’ Future to be Decided by Supreme Court 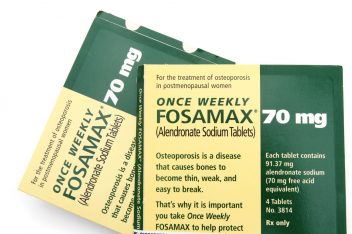 The fate of about 500 lawsuits involving the drug Fosamax is now in the hands of the U.S. Supreme Court.

The nation’s highest court has agreed to consider overturning an appellate court ruling that reinstated the lawsuits after a federal trial judge dismissed them.

The issue involves whether Merck, the manufacturer of the osteoporosis drug, failed to warn of the danger that patients taking Fosamax could develop a specific type of thigh bone fractures.

Merck argues that it asked the U.S. Food and Drug Administration to approve such a warning on its label, but the FDA denied its request.

Lawyers for the injured patients say Merck asked for a warning about a different kind of fracture than those involved in the lawsuits.

The Third Circuit Court of Appeals ruled in March 2017 that jurors should decide the issue. But the Trump administration — invited by the Supreme Court to weigh in — maintained this issue should be decided by judges.

According to the appellate court ruling, the injured patients say that Fosamax increases the risk of certain bone fractures. The claim involves a process called resorption, in which bones are broken down and then reformed by the creation of new bone cells.

The plaintiffs argue that Fosamax and other similar drugs inhibit bone repair by slowing down resorption. They maintain that bones “frequently develop so-called ‘microcracks,’ which are ordinarily repaired through the resorption process,” according to the court ruling.

“An accumulation of microcracks can lead to incomplete bone fractures called ‘stress fractures,’” the appellate court wrote. “Plaintiffs claim that while stress fractures typically heal on their own, ‘some Fosamax users who develop insufficiency fractures have reduced bone toughness, and Fosamax prevents the normal repair of the fracture.’  According to plaintiffs, these patients may then go on to develop what are known as ‘atypical femoral fractures’: severe, non-traumatic, low energy complete fractures of the femur.”

In urging the Supreme Court not to take Merck’s appeal, lawyers for the patients argued that Merck asked the FDA to allow a warning about “minor stress fractures,” and not “atypical femoral fractures.” If Merck had asked for a warning about the injuries involved in these lawsuits, the FDA may have permitted that warning, the plaintiffs say.

Lawyers for Merck argued in court filings that the other side had mischaracterized the record and misrepresented the reasoning of the appellate court. “But the Third Circuit understood the relevant facts — that Merck proposed a warning about the risk at issue; that the FDA said no, with no wriggle room; and that the FDA expressed skepticism on the science both before and for 18 months after the rejection.”

In granting review of the case, the Supreme Court has not scheduled arguments. But the case will be heard during the court’s next term, which begins in October.