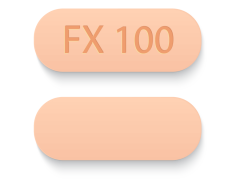 Viberzi is a drug used to treat irritable bowel syndrome with diarrhea (IBS-D) in adults. The drug’s active ingredient is eluxadoline. The manufacturer of Viberzi, Allergan, received approval to sell the medication in the United States in 2015. In 2017, the U.S. Food and Drug Administration warned that the drug should not be prescribed to patients without a gallbladder due to a potential increased risk of serious adverse effects

Viberzi (eluxadoline) is a prescription drug marketed by Allergan for the treatment of irritable bowel syndrome with diarrhea (IBS-D). It belongs to a class of drugs known as mu-opioid receptor agonists.

The U.S. Food and Drug Administration originally approved the drug in 2015. Viberzi is the first and only prescription therapy in its drug class to treat IBS-D, according to Allergan’s Viberzi website, though there are other prescription options for the treatment of IBS-D available in other drug classes.

About 10 percent to 15 percent of the world’s population suffers from IBS, which is a chronic disease that causes abdominal pain or discomfort along with changes in defecation and bowel habits. In the United States, 25 million to 45 million people have IBS. IBS-D is a subtype of IBS that causes frequent diarrhea. Worldwide, about 40 percent of people with IBS have IBS-D.

DID YOU KNOW?
Eluxadoline is a controlled Schedule IV substance.

Eluxadoline is a controlled Schedule IV substance, according to the U.S. Department of Justice and Drug Enforcement Administration. Some studies detailed in the drug’s label showed Viberzi has the potential for psychological dependence because it can produce feelings of euphoria in humans.

In 2018, the drug made $176.5 million for Allergan in the United States, according to the company’s 2018 Securities and Exchange Commission report.

In 2017, the FDA released a drug safety communication that warned about an increased risk of pancreatitis in patients who do not have a gallbladder. This led some patients to file Viberzi lawsuits against Allergan.

In people with IBS-D, the intestines contract more than they should, especially after meals. This causes discomfort and diarrhea.

In animal studies, Viberzi was active at three different kinds of opioid cell receptors: mu, delta and kappa. These receptors are also present in humans and work in the gut to affect muscle movements, sensations and secretions.

Viberzi is available in 75 mg and 100 mg tablets. The typical recommended dosage is 100 mg taken twice daily by mouth with food.

Doctors may recommend certain patients take 75 mg twice daily. These patients include those who:

Two doses should not be taken at the same time to make up for a missed dose. A doctor may recommend a patient stop treatment if he or she experiences side effects, such as severe constipation.

Allergan tested Viberzi’s effectiveness in two clinical trial studies with 2,426 participants. The average patient age was 45 years old. A majority of the participants were white and two-thirds were female.

In both trials, both doses of Viberzi resulted in improved pain and stool consistency scores when compared to patients that received placebo.

Compared with alosetron, another drug approved for IBS, eluxadoline has a lower potential for side effects and drug interactions, according to an article by pharmacists Fraidy Maltz and Brooke Fidler in Pharmacy and Therapeutics. But it has a similar side effect profile as the IBS-D drug rifaximin.

Potential for Abuse and Dependence

Very few people reported feeling “euphoric” or “drunk” in clinical trials at dosages that are currently recommended. In two human abuse potential studies with doses that were up to 10 times the current recommended dose of Viberzi, patients experienced euphoria at a rate of 14 percent to 28 percent. By comparison, the rate was less than 5 percent among people who had taken a placebo and between 44 percent and 76 percent among people who had taken oxycodone.

“These data suggest that eluxadoline may produce psychological dependence,” according to the drug’s label.

Drugs that may interact with Viberzi include:

People Who Should Not Take Viberzi

The FDA approved Viberzi for use only in adults. It’s unknown whether the drug is safe or effective in children. While the drug works for most adults with IBS-D, some patients might react poorly to the medicine.

No studies have tested Viberzi in pregnant women, so it’s unknown how the drug affects expectant mothers and fetuses.

Eluxadoline was present in rat milk in animal studies. Before taking the drug, patients should tell their doctor if they are breastfeeding.

On March 15, 2017, the FDA warned in a safety communication that people who do not have a gallbladder should not use Viberzi.

From May 2015 through February 2017, the FDA Adverse Event Reporting System (FAERS) database received 120 reports of serious cases of pancreatitis or death in patients who had taken Viberzi. Patients in 76 of these cases needed hospitalization, and two patients died.

In the patient that died from pancreatitis, the onset of symptoms was characterized by acute, severe abdominal pain, nausea, and vomiting within 60 minutes of taking a single dose of Viberzi. The cause of death associated with sphincter of Oddi spasm was characterized by severe abdominal pain and vomiting shortly after taking the first dose of Viberzi.

A total of 68 cases reported gallbladder status. Patients in 56 of the cases did not have a gallbladder and received the recommended dose of Viberzi.

Meanwhile, 84 cases noted when symptoms started. More than half said the serious cases of pancreatitis or death occurred after one or two doses of the drug.

The FDA said it was working with Allergan to address this safety issue.