Americans will spend $200 billion this year on medicines that are not meant for the conditions they’re trying to treat.

Among the most misused medications are heartburn medicines such as Prilosec, Nexium and Prevacid. These are part of a class of drugs called proton pump inhibitors, or PPIs.

PPIs come with rare but potentially life-threatening complications. Side effects range from bone fractures to heart attacks to kidney disease.

Still, 15 million Americans routinely take PPIs. As many as 10.5 million people take PPIs even when they shouldn’t.

“The majority of people taking these drugs are getting little to no benefit but all the risks.”

Taking the wrong drug for a condition like routine heartburn is part of a problem called “polypharmacy.”

“Polypharmacy wastes money, and taking medicines that aren’t very helpful really devalues the ones that are,” Dr. Daniel Freedberg, a PPI researcher at Columbia University Medical Center, told Healio in 2017.

Americans who are unknowingly misusing heartburn medicines will spend as much as $6 billion or more on them this year. That’s more than half of all PPI sales.

People taking Prilosec, Nexium and other PPIs may not even know they are overusing these drugs or that they are taking them for the wrong reasons. They may also be unaware of warnings to limit how long they take the drugs.

Taking the Wrong Medicine for a Patient’s Condition

PPIs are approved to treat serious conditions such as gastric and peptic ulcers, and serious acid reflux. But many people use them to treat simple heartburn. Other medicines or even lifestyle changes may work better for most people taking these drugs.

Continuing to Take Prescribed Drugs When a Condition No Longer Exists

Studies have estimated nearly half of all people hospitalized are routinely given some brand of PPI heartburn medicine during their stay. The idea is to prevent ulcers while a patient is bedridden.

“What happens is the patients are discharged and doctors automatically keep patients on PPIs. The patient doesn’t know why, and in many cases, the doctor hasn’t thought it through,” Almashat told Drugwatch. “That’s one category of overuse; patients don’t even know why they’re taking it.”

Brand and Generic Names for PPIs

Another reason these drugs are so widely used is because so many are available over-the-counter. But those OTC versions carry the same risks as their prescription kin.

“There is no biological difference between the OTC version and the prescription version — absolutely none,” Almashat said. “If you have mild heartburn and you take these drugs, especially without a doctor’s supervision, the real concern is they may interact with other drugs you’re taking or expose you to the same unnecessary risks of serious complications.”

The FDA says over-the-counter PPIs should only be taken for a single 14-day treatment at a time. The agency warns people not to do more than three treatments per year.

But even as it cautions against overuse, the FDA acknowledges that people may not follow those instructions. As a result, thousands take these heartburn medicines every day – some for years.

“It’s very typical to see a patient who has a few episodes of reflux and is then put on a [PPI heartburn medicine] and a few years later are still taking it,” Dr. Ranit Mishori of Georgetown University told Kaiser Health News in 2017.

Some things most people don’t know about PPIs

Suffering from complications after long-term PPI use?
Get a Free Case Review

Selling Americans on Heartburn Medicines They May Not Need

If PPI heartburn medicines don’t benefit most of the people taking them — but can increase the risk of serious injuries — why are people taking them? And why are health care providers so quick to prescribe or recommend them? Part of the reason is aggressive advertising and marketing.

A Culture of Quick Fixes

Advertising and marketing have convinced health care consumers – and their doctors – that even the hint of disease requires a drug to fix it.

“The question is where did people get that idea? They didn’t invent it. They were spoon-fed that notion by the culture that we’re steeped in,” Dr. Vinay Prasad, an assistant professor of medicine at Oregon Health & Science University, told Consumer Reports in 2017.

“If you have an OTC drug advertised directly to consumers, pharmaceutical companies bypass the entire physician role in drug prescribing,” Almashat said. “That’s extremely dangerous with drugs that have potentially life-threatening risks.”

The Pew Charitable Trusts found drug companies spend more money to get the attention of doctors than they spend on direct-to-consumer ads. A total of $24 billion in 2012 alone was spent on ads in medical journals, face-to-face sales, free samples, and promotional and educational meetings.

The more gifts and payments doctors received from medical manufacturers, the more brand-name medicines they were likely to prescribe, according to a ProPublica analysis.

Did your doctor accept gifts and payments?
You can find your doctor’s history at the Centers for Medicare & Medicaid Services’ Open Payments Database.

As of 2017, Nexium was the 10th best-selling drug of all time. It racked up $60 billion in sales from the time it first hit the market in 2001. That includes billions of dollars from consumers who received no benefit from PPIs.

Drug companies make an average $1,700 profit from every patient taking prescription drugs, according to recent estimates.

But the total profit from PPIs is boosted from sales of the over-the-counter versions. Over-the-counter PPIs can cost $120 more a year than other heartburn medicines.

“Even if a doctor prescribes a PPI, if there’s a cheaper over-the-counter version, the patient is going to take that. The doctor may even encourage it,” Almashat said.

Where Does It Hurt? Potential Risks of Powerful Heartburn Medicines

Multiple studies have found long-term PPI use may increase health risks, such as kidney disease, fractures, heart attacks and strokes. Their use may even affect children later in life if a mother takes them during pregnancy.

Select a body part or condition to learn the possible effects of PPIs. 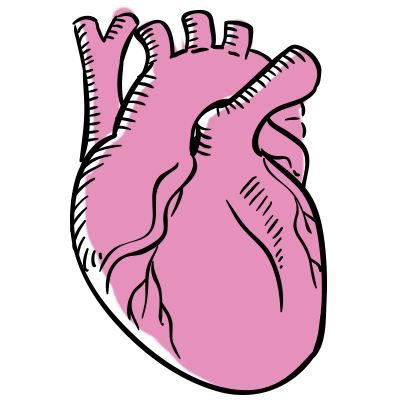 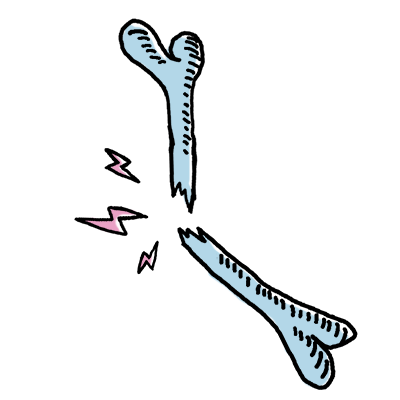 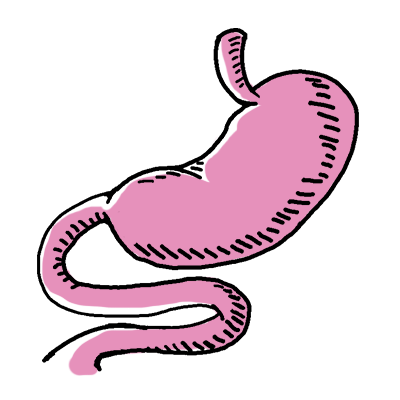 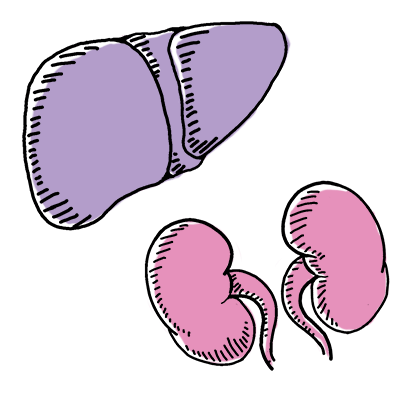 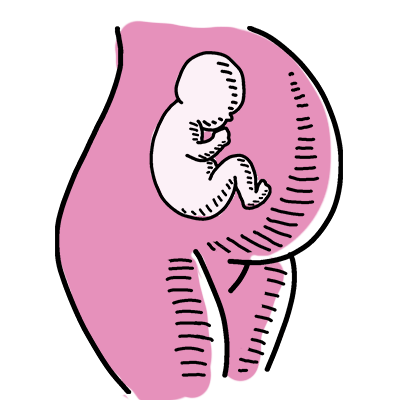 Studies have shown that children whose mothers took PPIs during pregnancy may be at an increased risk of certain conditions, including:

When Diane* was diagnosed with Barrett’s esophagitis, her doctor had a simple solution.

Are you suffering from kidney injury after long-term PPI use?
Get A Free Case Review

“I was told 22 years ago to take Prilosec every day for the rest of my life,” Diane told Drugwatch. “It’s a rock and a hard place. In order to prevent it from turning into cancer of the esophagus, [I had to take] the PPI.”

Today, Diane lives with chronic kidney disease, one of the complications that studies have since linked to long-term use of PPI heartburn medicines. When she first went on Prilosec, there was little information about kidney risks.

“A lot of what we know about the risks of PPIs came after the drugs were already approved,” Almashat said. “The initial studies were very short. Now we have huge amounts of data on the risks of these drugs, especially when used for a long period of time.”

What Does “Long-Term Use” Mean?
“Long-term use” is as little as one year in many of the studies into potential PPI drug side effects. Few studies have looked at the risks of taking the medicines for more than five years.

After years of taking PPIs, they no longer work for Diane. She is planning esophageal wrap surgery to correct her condition.

“Just getting the information out there about the hazards of long-term use of PPI’s is good because I think people, and also doctors, need to know the risks that are coming out now after years of being on the market,” Diane said.

*Drugwatch is withholding this source’s identity to protect her privacy.

Something as simple as a warning on PPI labels may rein in overuse and prevent side effects.

In 2010, the FDA ordered PPI makers to add a drug label warning about increased bone fracture risks. It told doctors to recommend the lowest dose for the shortest duration. Researchers later examined at how millions of patients used PPIs. They looked at people who took PPIs in the three years before the change and the five years after.

In 2018, the researchers published their results in the journal Pharmacoepidemiology & Drug Safety. They found the average number of days patients took PPIs had dropped by 13 percent. The rate of bone fractures among PPI patients also fell 29 percent.

‘Deprescribing’ and Alternatives to Prilosec, Nexium & Other PPIs

Moving people who do not need PPI heartburn medicines off the drugs has been at the forefront of “deprescribing,” a relatively new idea in medical treatment.

Deprescribing seeks a safe approach to reduce the number of different kinds of drugs patients take and to properly adjust dosages of drugs they should keep taking. It also focuses on making sure patients receive the proper drug for their current condition.

It may seem simple to quit taking a drug, but safely moving off PPIs can be so complex that Canadian health professionals have actually created an algorithm to guide doctors through the process. The complexity may also be part of the reason doctors have not embraced deprescribing sooner.

Taking PPIs for just a few weeks makes it hard to stop. The drugs can cause a rebound effect where heartburn comes back worse than it originally was. It can take weeks or even months to safely stop taking PPIs. People stopping the drugs should only do so with a doctor’s supervision.

“I think there is some misinterpretation that when we say ‘deprescribing,’ we mean ‘completely stop the medication,’” Barbara Farrell, a pharmacist and professor of Family Medicine at the University of Ottawa, told Medscape in 2017. “But deprescribing is a variety of options. It could mean reducing the dose, using the drug only when you need it, or switching to a safer alternative.” 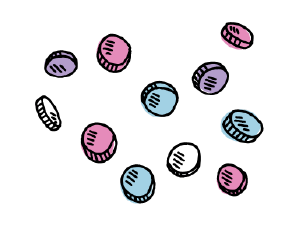 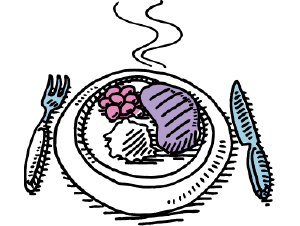 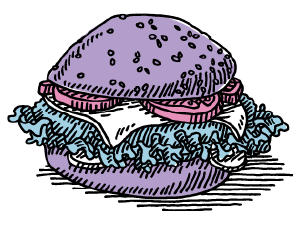 Avoid foods that can trigger heartburn, such as acidic or greasy foods 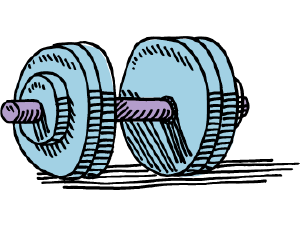 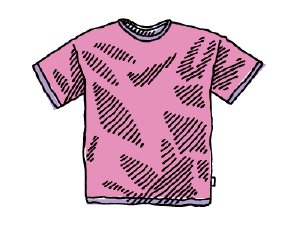 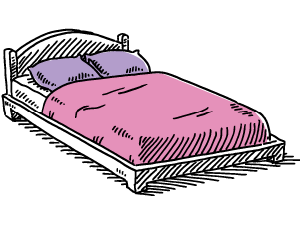 DISCLAIMER: Never stop or modify the dose of a prescription medication without consulting with your doctor or other health care provider.