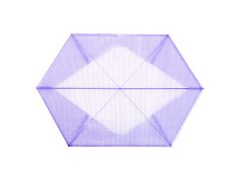 Physiomesh Flexible Composite is a brand of hernia mesh. Johnson & Johnson subsidiary Ethicon manufactures it. Ethicon pulled a version of Physiomesh off the market in 2016. High failure rates led to hernias recurring.

One version used in minimally-invasive hernia surgeries had high failure rates. In 2016, Ethicon removed that version from the global market.

Physiomesh is a coated surgical mesh used in hernia repairs. The mesh is made from polypropylene, a type of plastic. It is sandwiched between two thick synthetic film layers. The patient’s body absorbs the laminated film coating over time.

The Physiomesh version removed from the market was for laparoscopic surgery. This is a minimally-invasive technique.

A surgeon makes several small incisions. He then inserts surgical tools through the incisions. The surgeon uses the tools to implant and secure the mesh in place around the hernia.

Ethicon designed Physiomesh with a coating to prevent adhesions. The body absorbs the coating over several weeks.

Tissue grows into the mesh’s pores over time. This “ingrowth” should strengthen the repair. But it did not always strengthen repairs. And the mesh sometimes adhered to organs in the body.

Hernia Recurrence and Other Complications

Hernia recurrence was the most common Physiomesh complication requiring surgery. Recurrence is when a hernia comes back after surgery.

Ethicon then removed Physiomesh’s laparoscopic version from the market. In addition to high recurrence rates, doctors and patients reported other complications to the FDA.

Physiomesh Complications Reported to the FDA Include

Ethicon pulled all units of Physiomesh for laparoscopic surgery off the global market in May 2016.

“The recurrence/reoperation rates (respectively) after laparoscopic ventral hernia repair using ETHICON PHYSIOMESH™ Composite Mesh were higher than the average rates of the comparator set of meshes among patients in these registries.”

The FDA approved Physiomesh in 2010 through its 510(k) process. The process allows for less stringent testing. Ethicon only had to show the mesh was “substantially similar” to a device already on the market.

The FDA started receiving reports of Physiomesh failures shortly after the approval. The reports detailed recurring hernias, adhesions and infections.

The first Physiomesh trial is expected in November 2020, with the second and third trials in 2021. There were 2,907 Physiomesh lawsuits pending in federal multidistrict litigation as of July 2020.

Several other Physiomesh lawsuits are pending in state court in Atlantic County, New Jersey. The New Jersey Supreme Court consolidated the cases into a multicounty litigation in August 2018. In July 2020, the judge extended discovery deadlines to July 2021.

The lawsuits accuse Ethicon of failing to warn people about Physiomesh risks. They also accuse the company of negligence and putting a defective product on the market.