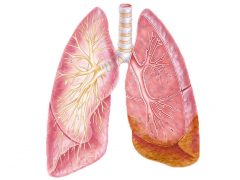 Diagnosed with mesothelioma after being exposed to talc powder or asbestos?

Mesothelioma litigation is the longest-running mass tort in U.S. history. People who have been diagnosed with mesothelioma have received billions of dollars in settlements, jury verdicts and bankruptcy trust awards from companies that exposed them to asbestos.

Between the 1920s and 1970s, companies exposed millions of employees to toxic asbestos. Lawsuits accuse companies of knowing about the dangers of asbestos and failing to warn workers about the risks of developing mesothelioma and other diseases.

In 1973, a shipyard worker named Clarence Borel won the first mesothelioma asbestos jury verdict against Fireboard Paper Products Corporation. Borel sued 11 companies that made the asbestos. He died before a verdict. A jury awarded his widow $79,436.

Borel’s case paved the way for successful litigation against asbestos manufacturers. By the early 1980s there were more than 20,000 mesothelioma claims.

About one-third of mesothelioma victims are military veterans who were exposed to asbestos in ships, tanks, aircraft or military bases. Other people who filed claims include factory workers, construction workers, electricians and others who worked with asbestos-containing products.

The average settlement for mesothelioma is between $1 million and $1.4 million, and awards for trial verdicts average $7.4 million.

In May 2018, a California jury awarded a freelance construction worker $6.8 million after he developed mesothelioma. In September 2018, a man who said asbestos-contaminated talc in Johnson’s Baby Powder led to him to develop mesothelioma received a $37 million jury verdict.

In addition to settlements and jury verdicts, manufacturers have also placed billions of dollars in asbestos trusts to pay out compensation.

How Do I File a Mesothelioma Lawsuit?

If you or a loved one receives a mesothelioma diagnosis from suspected asbestos exposure, there are some criteria to meet before filing a lawsuit.

First, people with mesothelioma, or their family members, must gather all medical records proving the diagnosis. This should include a biopsy confirming diagnosis of malignant mesothelioma.

Second, people should know the approximate date of asbestos exposure. It may be a time frame of months or years rather than an exact date. The exposure must have occurred in the U.S. and have been before 1985.

The Discovery Rule
The Discovery Rule allows people with mesothelioma to file a lawsuit after they first learn they have the disease instead of the date of asbestos exposure. This is usually 12 to 24 months after diagnosis or death in most states.

In addition to these criteria, people should think of any products containing asbestos they may have worked with. It is also important to note if they worked in a location that may have contained asbestos. These details may help determine which companies to sue. Mesothelioma lawsuits usually name several asbestos manufacturers as defendants.

Traditionally, these defendants have been industrial manufacturers of asbestos-containing products. However, there is a new wave of lawsuits involving manufacturers of cosmetic products. These include Johnson & Johnson, which is defending itself against allegations its talcum products, including baby powder, may have contained asbestos.

The next steps involve writing a complaint and filing it with civil claims court. People filing suit will have to pay court fees. A process server will have to serve a copy of the complaint to all named defendants.

Filing a mesothelioma lawsuit is complex because many of the defendants in asbestos litigation filed for bankruptcy or are no longer in business, and filing a lawsuit without a lawyer can be difficult.

An experienced lawyer will know the proper way to write your lawsuit and discover all possible defendants in your case. They will also determine whether you will need to file a civil lawsuit or claim with the asbestos bankruptcy trust.

Diagnosed with mesothelioma after asbestos or talcum powder exposure? Get a Free Case Review

Historically, most mesothelioma lawsuits have involved men exposed to asbestos on the job. For example, the family of boiler factory worker Pietro Macaluso received a verdict of $60 million in New York. This is known as primary exposure to asbestos.

In 2016, about 22 percent of asbestos cases claimed secondary exposure. In these cases, 90 percent of plaintiffs were women.

Asbestos Exposure
Family members may be exposed to asbestos from the clothes, skin or hair of people who work with asbestos.

People who work with ceramics, paints or in talcum powder factories, for example, may be exposed to asbestos in industrial talc. People who used consumer products containing talc may also be at risk of asbestos exposure.

In April 2018, a jury awarded $117 million to a banker who used Johnson & Johnson’s baby powder and was diagnosed with mesothelioma.

As of 2002, about 730,000 people had filed lawsuits against more than 8,400 manufacturers of asbestos-containing products. A lawsuit may name several defendants.

In more recent lawsuits that involve asbestos-contaminated talcum powder, defendants may be manufacturers of cosmetic talc and personal hygiene products like Johnson & Johnson or Colgate Palmolive.

Many of the manufacturers involved in early asbestos litigation filed bankruptcy. Instead of suing these manufacturers directly, lawyers file asbestos trust fund claims for mesothelioma patients.

The Johns-Manville Corporation established the first trust in 1982. Since then, virtually every asbestos manufacturer has filed for bankruptcy and created a trust.

Companies deposited about $37 billion into the trusts. More than $18 billion has been paid to claimants.