Surgical Mesh Use Expected to Grow In Spite of Lawsuits 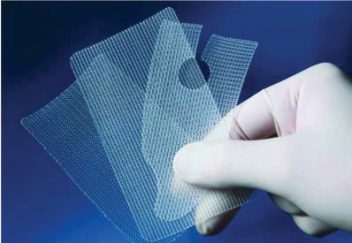 Despite the many lawsuits surrounding defective devices, surgical mesh products are expected to rebound in 2012, according to the findings from a recent survey of United States physicians.

The results are based on surveys that were conducted in November and December 2011 and included 181 respondents, of which 130 were current users of synthetic surgical mesh in urogynecologic treatments and 51 were nonusers. Survey respondents were gynecologists, urologists and urogynecologists in the United States.

MRG analyst Sohaib Perwaiz said, “Despite the recent controversy, and the fact that a large portion of physicians have reported increased patient concern about the safety and efficacy of urogynecologic transvaginal mesh and related procedures, many survey respondents [physicians] find that surgical mesh products have distinct benefits in treating pelvic organ prolapse  (POP) and stress urinary incontinence (SUI).”

Transvaginal mesh implants and bladder slings have been placed in millions of women to repair POP and SUI. Slings that are made out of synthetic material, such as mesh, are designed to support organs in the pelvic region — bladder, top of the vagina, uterus, rectum, bowl and urethra — that have dropped or protrude into the vaginal wall. The conditions of POP and SUI typically are caused by weakened or stretched muscles, often from childbirth or other aspects of pregnancy.

Unfortunately, very serious complications have made such mesh surgeries quite risky for many patients. Such complications include mesh erosions and extrusions, fistulas, obstruction of the urethra, injuries to bowel and the bladder, injuries to blood vessels with massive hemorrhage, injuries to nerves and urethral obstruction. The type and severity of the complication could result in corrective surgery.

Furthermore, the dangers of mesh implants are so serious that the U.S. Food and Drug Administration (FDA) has warned patients with mesh bladder sling implants multiple times, the first in October 2008. In a 2011 safety communication, the FDA warned that complications are not rare and that transvaginal POP repair with mesh may expose patients to greater risk than traditional repairs. In January 2012, the agency said it is considering a recommendation that urogynecologic surgical mesh used for transvaginal repair of pelvic organ prolapse (POP) be reclassified as high risk.