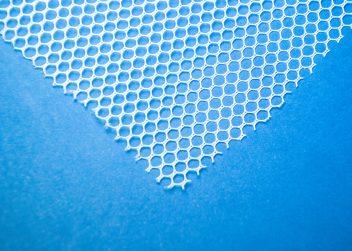 Transvaginal mesh manufacturer Coloplast recently agreed to pay $16 million to settle hundreds of legal claims related to its mesh products, a move that could open the door to a wave of settlements in cases pending against companies fending off accusations they produced faulty mesh inserts.

Approximately 400 plaintiffs will receive an average of $40,000 from Coloplast after having the devices implanted in them. The devices were designed to treat the collapse of pelvic organs and urinary incontinence.

Plaintiffs, who must approve the settlement proposal before it can be finalized, contended they suffered injuries from adverse side effects of the mesh inserts. Women complained that the implants eroded through internal organs and tissues, causing pain, discomfort, infection, bleeding and urinary problems, according to a report prepared by the U.S. Food and Drug Administration.

Coloplast was one of five companies engaged in talks with lawyers who filed more than 29,000 transvaginal mesh lawsuits against manufacturers of vaginal mesh products. The other companies involved are C.R. Bard, Boston Scientific, Cook Medical Systems and Endo Health Solutions.

“It appears that momentum is building for some type of global resolution as more of these vaginal-mesh cases settle,” Carl Tobias, who teaches product-liability law at the University of Richmond in Virginia, told Bloomberg News.

Johnson & Johnson, the world’s largest manufacturer of medical products, declined to join the others in settlement negotiations. J&J stopped selling some lines of TVM implants after being hit with a wave of lawsuits.

The resolution with Coloplast is one of a handful of cases involving transvaginal mesh device manufacturers that were resolved. Some were jury verdicts.

In June 2013, Endo Health agreed to a $54 million settlement involving an unknown number of claimants. Bard was ordered to pay $2 million in one verdict in 2013, and a jury awarded a woman $11 million in damages from J&J in 2013.

All of those resolutions came after a 2011 FDA report that resulted in an order to 31 companies to investigate damages and complications linked to transvaginal mesh (TVM) implants.

The FDA report stressed that serious complications associated with surgical mesh for transvaginal pelvic organ prolapse (POP) repair were not rare and that it was not clear that POP repair with vaginal mesh is more effective than traditional surgical repairs. In fact, it may expose patients to greater risk, according to the FDA.

Erosion of the mesh through the vagina is the most common and consistently reported problem, which can require multiple surgeries to repair. The other common problem is mesh contraction, which is associated with vaginal shortening, tightening and pain.

Erosion and contraction can lead to painful sexual intercourse or an inability to engage in intercourse. Men can also experience irritation and pain during intercourse.

The conclusion of the FDA report was that there was no real benefit to women in choosing the vaginal mesh implants over traditional surgery.