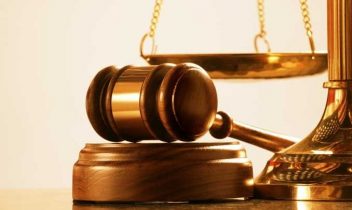 The most recent claims, filed in New York, Vermont and Florida, blame J&J and Bayer for failing to warn healthcare professionals and patients of the dangers of uncontrolled bleeding caused by Xarelto. The drug has no antidote to stop potentially fatal bleeding, a fact plaintiffs say the drug companies didn’t publicize.

The drug companies spent millions marketing the blockbuster drug as convenient and effective. Patients flocked to Xarelto (rivaroxaban) in part because it does not require blood tests and has a one-size-fits-all approach to dosing, unlike the decades old drug warfarin (Coumadin), which requires dietary restrictions and routine blood work. Patients even paid an increased price for the new medication, $3,000 a year, vs. warfarin’s annual cost of $200.

Like millions of other Americans and others around the world, the plaintiffs in these lawsuits took the new anticoagulant to prevent stroke and other cardiovascular health problems – adding to the billions brought in by the drug. According to the lawsuits, instead of preventing these problems, patients ended up suffering bleeding which led to a number of complications, pain, suffering and ultimately, death.

“Defendants’ boxed warning did not address the increased risk for serious and fatal bleeding, despite the fact that the information listed on their website . . . states that in comparison to warfarin, patients have more gastrointestinal bleeds and need more transfusions,” states one of the complaints filed in Florida.

The trio of lawsuits is the latest among the mounting bleeding cases against the drugmakers. Lawyers expect more injured people or family members to come forward with additional claims.

According to the complaints, defendants mislead the public into thinking rivaroxaban was safe. The drug is associated with rectal, intestinal and abdominal bleeding as well as hemorrhaging in the brain, and the complaints say plaintiffs were exposed to these “serious and dangerous side effects.”

Blood thinners as a class are considered dangerous, but plaintiffs say Xarelto is more dangerous than others in its class, according to data filed in the complaints.

“In the first quarter of 2013, the number of reported serious adverse events associated with Xarelto (680) overtook that of Pradaxa (528)…which had previously ranked as the number one,” one complaint read.

A German study mentioned in the complaints said regulators received nearly 1,000 reports of adverse events, including 72 deaths, ­ more than those attached to warfarin.

Because the drug lacks an antidote, it can take up to 24 hours to leave the system. In the elderly, the main target group for this drug, it can take longer and Xarelto can be especially dangerous.

In fact, the deceased plaintiff from New York was an older man who used the drug from May 2013 to August 2013 before he suffered uncontrollable bleeding. He sustained “severe and permanent personal injuries, pain, suffering and emotional distress” before ultimately succumbing to sudden death in December of the same year.

Claims assert that if plaintiffs and their doctors had known of the dangers, they would never have used the drug.

Did Defendants Fail to Inform the Public?

The complaints’ list of failures on the part of the defendants is a long one.

According to the plaintiffs, J&J, Janssen and Bayer failed to:

Plaintiffs also accuse the drug companies of willfully endangering patients by withholding information about the risks even if they already knew of the dangers.

“Defendants ignored the association between the use of Xarelto and the risk of developing life-threatening bleeding,” according to a complaint filed in Vermont by a daughter who lost her father. “Defendants had a duty to exercise reasonable care . . . including duty to assure that the product would not cause users to suffer unreasonable, dangerous side effects.”

The claims made against Xarelto come in the wake of thousands of lawsuits against another blood thinner, Pradaxa. Pradaxa manufacturer Boehringer Ingelheim ended many of the claims against it with a $650 million settlement earlier this year.