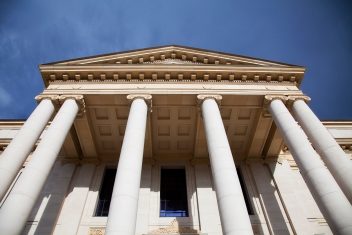 A Pennsylvania state court judge has tossed out a $27.8 million verdict in a lawsuit over Johnson & Johnson and Bayer’s blockbuster blood-thinning drug Xarelto. Separately, a federal judge in Louisiana has ordered lawyers to meet later this month in a move that could decide the fate of more than 19,000 lawsuits over the drug.

Thousands of people who took the blood thinner have since claimed in lawsuits that Xarelto led to serious bleeding complications. The U.S. Food and Drug Administration had received more than 73,000 reports of “serious cases” of adverse events related to Xarelto between the drug’s approval in 2011 and the end of 2017.

Judge Michael Erdos, in the Philadelphia County Court of Common Pleas, tossed the verdict following a hearing on Jan. 9.

The Pennsylvania verdict came in December at the end of the first state trial over Xarelto. Lynn Hartman was prescribed the drug to prevent a stroke, but developed gastrointestinal bleeding. A Philadelphia jury had awarded Hartman and her husband $1.8 million for actual damages and another $26 million in punitive damages. Juries can award punitive damages if they believe the person or company being sued behaved improperly.

Hartman’s attorney, Michael Weinkowitz, says the verdict was overturned on a “narrow issue” related to the doctor who prescribed the drug and not based on whether or not the drug itself was dangerous. He says he looks forward to trying the next in a series of Xarelto lawsuits planned for Pennsylvania state court.

More than 1,400 Xarelto lawsuits are part of a massive civil complex litigation in the Philadelphia Court of Common Pleas. The December verdict had been the first loss in four Xarelto lawsuits for Johnson & Johnson and Bayer, who jointly manufacture and market the drug.

In Louisiana, a federal judge has ordered lawyers for both sides to present briefs and oral arguments on the future of more than 19,000 Xarelto lawsuits in a multidistrict litigation (MDL) there. All three bellwether trials in the MDL have resulted in wins for Bayer and Johnson & Johnson.

Judge Eldon Fallon ordered attorneys to present arguments for how the lawsuits should proceed. Lawyers have until Jan. 25 to file briefs outlining their positions. Attorneys for plaintiffs and the companies will present oral arguments Jan. 30.

MDL’s allow large numbers of similar lawsuits to move more quickly and efficiently through the legal process. As of December 2017, there were 19,594 Xarelto lawsuits in the Xarelto MDL in Louisiana federal court. Bellwether trials are “test cases” in which typical lawsuits in the MDL go to trial. Jury decisions can determine the strength of each side’s case and can help shape legal settlements.

Blood clotting is the body’s natural defense to stop bleeding. But if clots break free, they can cause damage to the heart, lungs or other organs. This can trigger strokes, pulmonary embolisms and other life-threatening conditions. NOACs like Xarelto and warfarin restrict this clotting action. But that can lead to serious or uncontrolled bleeding in some cases.

Warfarin has an antidote to stop uncontrolled bleeding, but NOACS, including Xarelto, do not.

More than 2,500 other lawsuits have been filed over injuries blamed on another NOAC, Pradaxa. Patients claimed manufacturer Boehringer Ingelheim hid the drug’s bleeding risks. The company settled most of those cases for $650 million in 2014.