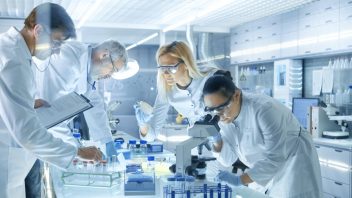 Thousands of people who take the anti-clotting drugs Xarelto and Eliquis will have to wait longer than expected for a possible antidote for serious, uncontrolled bleeding.

The U.S. Food and Drug Administration recently delayed approval for a potential bleeding remedy, AndrexXa, in part to allow for a thorough review of the drug information. The delay came after the agency denied an earlier application for AndrexXa in 2016.

About 90,000 patients are admitted to the hospital in the U.S. each year due to bleeding after taking an anticoagulant like Xarelto or Eliquis, according to Portola Pharmaceuticals, the company that developed AndrexXa.

There are currently no antidotes available on the market to reverse uncontrolled bleeding in patients who take Xarelto and Eliquis.

Xarelto and Eliquis prevent or reduce clotting by inhibiting the work of an enzyme called, Factor Xa, which helps the blood to clot. Patients take these drugs, known as Factor Xa inhibitor drugs, to reduce their risk of stroke, but Xarelto and Eliquis can cause serious and fatal bleeding.

AndrexXa is being touted as a universal reversal agent for patients who take Factor Xa inhibitor drugs and experience serious, uncontrolled or life-threatening bleeding, or require urgent or emergency surgery. AndrexXa is designed to rapidly reverse the anti-clotting effect of Xarelto and Eliquis.

Portola estimates that more than 150,000 patients in the U.S. could benefit from an antidote each year. The company needs a biologics license for AndrexXa to market it in the U.S.

The FDA denied Portola’s application for a biologics license for AndrexXa in 2016 and issued a letter requesting additional data, as well as information on manufacturing. In August 2017, the agency accepted the company’s resubmitted application.

The extra time will allow for a thorough review of the information Portola provided the FDA, and it will allow the FDA to work with Portola on labeling and actions it will take after the drug is on the market, the company said in a news release.

The European Commission of the European Medicines Agency is also reviewing AndrexXa. The European agency is expected to rule in the first half of this year.

Bayer AG and Johnson & Johnson subsidiary Janssen Pharmaceuticals market Xarelto. Pfizer Inc. and Bristol-Myers Squibb Co. market Eliquis. The companies stand to benefit from the introduction of an antidote, which could encourage more doctors to prescribe Xarelto and Eliquis.

Pfizer and Bristol-Myers each gave Portola $25 million in unsecured loans in 2016 to help pay for additional development and clinical studies of AndrexXa, according to Fierce Pharma. The three companies have agreements about marketing the drug once it is approved.

Reducing serious injury in patients might also reduce the legal risk for the drug manufacturers.

There are currently nearly 20,000 lawsuits filed by Xarelto patients and their family members in federal court. Patients accuse the drug makers of failing to warn of serious side effects, including uncontrolled bleeding, which can be fatal.

Two federal trials have resulted in wins for the manufacturers. A Pennsylvania state jury awarded a plaintiff $28 million, but that award was later reversed by the presiding judge.