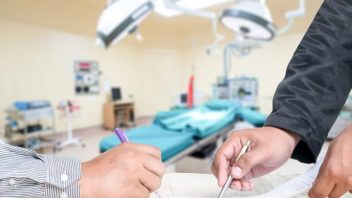 When manufacturers make significant changes to high-risk medical devices, the Food and Drug Administration approves the modified devices based on poor-quality data or no data at all, according to the findings of a new study by researchers at the University of California San Francisco and Yale School of Medicine.

“This means that many Americans have high-risk devices, which are often implanted in which we cannot be sure of safety and effectiveness,” study senior author Rita Redberg told Drugwatch.

Making matters worse, the courts have held that medical devices that are approved through this process cannot be the subject of lawsuits from patients who are injured by them.

“This means,” the researchers wrote Aug. 15 in JAMA, “that patients lack legal recourse if a (high-risk) device is faulty and adversely affects health outcomes. Thus, it is vital to ensure safety and effectiveness by requiring high-quality clinical data before high-risk devices reach the market. The findings that few supplementary changes require clinical data, and that when they do the data are often low quality, raise uncertainty about performance of many commonly used devices.”

The court decision that barred lawsuits involving the safety of devices that have gone through the FDA’s more detailed review process is based on the assumption the process is “already an assurance of safety and effectiveness,” Redberg said. It is important, she added, that the process has “high quality data on which to base that assurance.”

After high-risk medical devices are cleared through the FDA’s premarket approval (PMA) process, any change or supplement is required to be submitted to the agency for review. Individual devices frequently have hundreds of changes.

According to the new study, for example, between 1979 and 2012, there were more than 5,800 supplements for 77 approvals for cardiac implantable electronic devices. This means “many high-risk devices differ substantially from the originally approved device,” according to the study. And the total number of device approvals has been increasing over time.

There are six different avenues of approval for changes to device, with only one route, the rarely required panel track, always requiring clinical data.

According to the FDA, panel track is required for “changes in the indication for use of the device that require substantial clinical data, with or without limited new preclinical testing. A change in the indication for use may incorporate a change to the intended patient population, disease state, or to other clinical aspects of the device use, such as duration of use, anatomical site, or surgical procedure. Changes in these clinical aspects would generally require significant labeling changes for which new clinical data are generally needed to support those changes.” Panel track is also considered appropriate when a manufacturer wants to remove or change a contraindication for a device.

By law, the FDA has to require the “least burdensome” supporting evidence from manufacturers for device approval.

And even when it’s employed, the panel track supplement, the most stringent process required by the FDA, often allows low-quality research. Fewer than half of the clinical trials involved in that process included studies that were randomized, blind or controlled, according to the new study, which looked at every panel track approval between April 19, 2006, and October 9, 2015.

In that time frame, there were just 78 device supplements approved through the panel track process. Those supplements relied on a total of 83 clinical studies, with five of those studies used to support multiple supplement approvals. Seventy one out of the 78 supplements were supported by a single study, the researchers found.

Only 45 percent of the studies were randomized; just 30 percent were blind.

Only one out of 528 supplements for high-risk devices used in head and neck surgery was approved as a panel-track supplement, and only 15 out of more than 5,800 supplements for cardiac-implantable devices went that route.

The study gives some examples of the devastating results:

Most Rigorous Process for Medical Devices

The PMA process itself is considered the most rigorous review process required by the FDA for medical devices, although experts say it is far less stringent than the approval process for prescription drugs.

Redberg participated in research in 2009 that found that more often than not, clinical studies used to support PMA were not blind or randomized and lacked proper controls

In 2014, she and fellow researcher Sarah Y. Zheng published a piece in the Annals of Internal Medicine critical of the overall PMA supplement process, which they said needs reform.

“Almost all PMA devices, which range from orthopedic knee replacements to cochlear implants and infusion pumps, accumulate several—and often hundreds—of supplements,” They wrote. “Companies often submit changes to a device one supplement at a time instead of submitting multiple changes in a single application. As a result, each submitted modification is evaluated separately, a process that makes it difficult, if not impossible, to take into account the cumulative effects and interactions of multiple modifications. Because the PMA supplement process is piecemeal, the accumulation of supplements may result in a final product that differs significantly from the original device. Clinicians are generally unaware that the device they are considering for their patient has been modified (and often not tested) since they read about the original, unmodified device in published clinical trials.”

So how can patients know that their devices are safe?

“Patients should have a discussion with their physician about risks and benefits and the quality of evidence to support any device or procedure that has been recommended,” Redberg told Drugwatch. “That discussion should be part of informed consent for device implantation.”