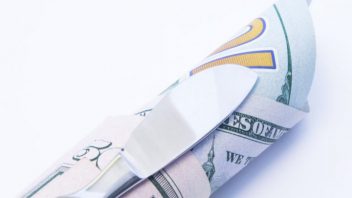 As many as one-third of hip and knee replacements in the U.S. may be unnecessary. And unneeded joint replacements cost Americans an estimated $8.3 billion a year.

Vanessa Lam and Drs. Steven Teutsch and Jonathan Fielding published these estimates in a March 13, 2018, JAMA Viewpoint article. All three authors are from UCLA’s Center for Health Advancement. They based their claims on two recent studies.

“This is a significant source of potentially controllable spending,” the authors wrote.

Patients received 505,000 hip replacements and 723,000 knee replacements in 2014, according to the Agency for Healthcare Research and Quality. The total cost was $20 billion.

Lam, Teutsch and Fielding cited a 2014 study of knee replacements. Researchers of the 2014 study found one in three replacements were inappropriate. Doctors should have tried other treatments for knee arthritis.

The authors applied the figures across the board for all joint replacements. They claimed it amounted to $8.3 billion in unneeded costs.

But the authors argued that even necessary joint replacements cost too much.

They wrote that hip or knee replacement costs depend on where surgeries take place. Total surgery costs range from $17,000 in some parts of the U.S. to $60,000 in other parts.  The price of implants alone can vary by as much as $4,000 depending on the hospital or its location.

The authors wrote that joint replacement costs averaged above Medicare reimbursement rates. They estimated capping all procedures at the $13,000 Medicare rate would save $4.4 billion a year.

The authors said that current patient education has the wrong focus. Doctors inform patients about the procedure. But the focus should be on helping patients make informed decisions.

They said people often choose hip or knee replacements based on high expectations. They believe the devices will improve their lives. But patients underestimate potential harm and do not learn about alternative treatments.

“Educating patients about alternatives and risks can support decision making by patients and physicians,” the authors wrote.