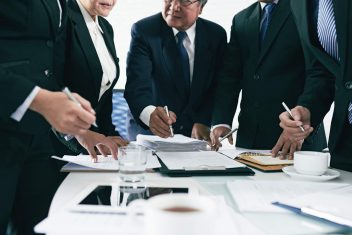 DePuy Orthopaedics has been moving quickly to settle hundreds of lawsuits over its Pinnacle metal-on-metal hip implants filed by both patients and several state governments.

As of Feb. 15, 2019, the Johnson & Johnson subsidiary faced more than 9,850 patient lawsuits in a Dallas federal court. Attorneys general of 46 states had also sued the company over deceptive marketing of its Pinnacle and ASR hip implants.

In addition, reports say the company is in talks to settle 17 lawsuits that are in the appeals process. Juries awarded $1.7 billion to plaintiffs in the lawsuits, though those amounts have been reduced to about $788 million.

The Pinnacle hip was part of a generation of metal-on-metal hips that became increasingly popular with artificial hip manufacturers around the turn of the 21st century. Both parts of the artificial joint were made of metal alloys.

The design promised long-term durability. But the devices could release metal ions with each motion. This was blamed for sometimes causing a type of metal poisoning called metallosis, which destroys bone, muscle and other tissue. It can also lead to loosening, dislocation and other complications.

DePuy has defended the safety record of the Pinnacle hip. The company never recalled the metal-on-metal version of the implant, but it pulled the design off the market in 2013, citing slumping sales. Later versions of the hip did away with the metal-on-metal design.

As of mid-February, people had filed 10,087 federal lawsuits over problems with DePuy’s Pinnacle hip implants. A total of 9,853 were still pending at the time.

Early lawsuits had been filed in different District Courts around the country, but a federal panel formed a multidistrict litigation and centralized the lawsuits in the United States District Court for the Northern District of Texas.

Bloomberg reported in December 2018 that DePuy was offering to settle roughly 3,300 of the lawsuits still pending against the company. The report suggested an average payment of about $125,000 per lawsuit, putting the total amount as high as $413 million.

The Bloomberg report relied on court documents filed in the multidistrict litigation. It marked the first time the public had heard of the company broaching the subject of a settlement since the earliest lawsuits were filed around 2011.

Even if all the Pinnacle lawsuits targeted for settlements do in fact settle it would leave more than 6,500 lawsuits over the devices still pending in court.

U.S. District Judge Ed Kinkeade, who presides over the multidistrict litigation, said DePuy was not looking for a global settlement of all cases. Instead, it was attempting to negotiate individual settlements with lawyers who are representing some of the 3,300 lawsuits targeted in the settlement talks. The strategy is similar to the one Johnson & Johnson used to settle lawsuits over its transvaginal mesh.

Report: DePuy May Settle 17 Cases that Won $1.7 Billion in Verdicts

Legal publisher HarrisMartin reports DePuy may be willing to settle cases involving 17 people who won nine- and 10-digit jury awards in three of the four bellwether trials in the Pinnacle multidistrict litigation.

The announcement came as the court was preparing to retry a case that had gone to trial in March 2016. The federal judge dismissed potential jurors and announced talks were underway, according to HarrisMartin. The talks are still in the early stages and no details of any settlement offers in these 17 particular lawsuits have been announced.

In January 2019, Johnson & Johnson and DePuy agreed to pay $120 million to settle claims by 46 states that the company had used deceptive marketing tactics to sell metal-on-metal hips, including the Pinnacle model.

The states claimed DePuy made misleading claims that its metal-on-metal hips would last longer than other designs. The company recalled 93,000 ASR hips in 2010 after 12 percent of the devices had failed within five years. Usually, only 10 percent of hip implants fail in the first 15 years.

The agreement allowed DePuy to escape admissions of any liability or misconduct, but it required the company to continue monitoring people implanted with its Pinnacle and ASR hips.