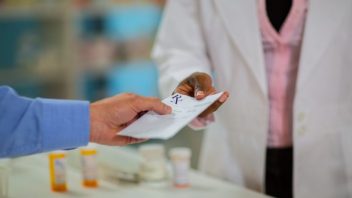 Patients have filed more than 60,000 reports of complications from fluoroquinolone antibiotics. Their reports to the U.S. Food and Drug Administration detail hundreds of thousands of side effects. The reports include more than 6,500 deaths since the 1980s. But research on fluoroquinolones’ side effects rarely happens.

The journal Nature looked at the state of fluoroquinolone research. It found researchers still don’t know why the drugs cause “rare but disabling” side effects. It also found frequent indifference from medical professionals and regulators over reported problems.

It found there is little interest in researching drugs already marketed for decades. Drug makers have no incentive to review profitable products. Some researchers are hesitant to publish studies critical of drug companies. They fear reprisals from big, well-funded corporations.

Antibiotic researchers tend to focus their efforts on antibiotic resistance. Others work on finding new antibiotics. This draws resources away from examining existing drugs.

The most frequent fluoroquinolone side effects are tendon rupture and permanent nerve damage.

Two studies have also linked fluoroquinolones to serious heart problems. Researchers found the drugs may cause aortic aneurysms. These are bulges in the aorta – the artery that carries blood from the heart. Aortic aneurysms can burst or tear. Doctors call these tears aortic dissections.

A 2015 JAMA study looked at aortic aneurysms and aortic dissections. It found a two-fold risk increase if people took the drugs. A BMJ study that same year found an almost three-fold increase in aneurysm risk. Researchers in the BMJ study looked at medical records for 1.7 million people. They said reducing unnecessary prescriptions would have prevented 200 aneurysms.

The Nature article listed 30 years of studies exploring the mitochondria link. But it said this connection “still isn’t widely appreciated” in the medical community.

It also found there is little financial support for fluoroquinolone research. At least one researcher is conducting a study without any funding.

The FDA added the first “black box” warning to fluoroquinolone labels in 2008. It added two more since then. Black boxes are the FDA’s most serious warnings.

The FDA has ordered about 20 other fluoroquinolone label updates in the past five years. Nature reported that doctors have responded slowly to the updates. And data shows fluoroquinolones are over-prescribed.

Prescriptions have dropped in recent years.

Doctors wrote 32 million fluoroquinolone prescriptions in 2015. Prescriptions declined 10 percent in 2016. They also declined in the first half of 2017.

As prescriptions declined, lawsuits over fluoroquinolone side effects have increased.

People who suffered nerve damage filed more than 1,000 lawsuits in recent years. A federal panel combined more than 770 lawsuits into a federal litigation in 2015. Other people have filed lawsuits claiming fluoroquinolones caused their aortic aneurysms and dissections.