When You Hear ‘Nexium’ Do You Think Heartburn Medicine or Sex Cult? 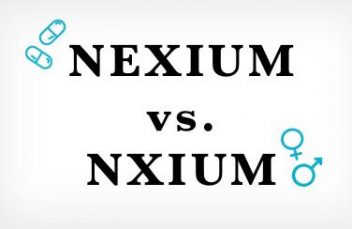 The confusion began in March. I start every day at work the same way. I check the latest news about the drugs and medical devices I cover. In late March, my inbox was suddenly full of news about a reputed sex cult in upstate New York. I had set up the search to follow a heartburn medicine.

Every automated Google search for “Nexium” came up with stories for an outfit called “Nxivm.” A recent feature in The New York Times best explained why the mix-up. Nxivm is pronounced ‘nexium’ like the heartburn medication.

Google continues to confuse the two names in some searches. The U.S. Food and Drug Administration has rules designed to keep that from happening. They didn’t work in Nexium’s case.

Homonyms are words that sound alike, but have different meanings. Nexium and Nxivm are a perfect example.

Nxivm bills itself as a self-improvement movement. Federal investigators claim it was a pyramid scheme involving billionaires and celebrities. And they accused its leader of forcing women members into sex slavery.

Nexium is the third best-selling medicine of all time. It’s been worth $72.5 billion for AstraZeneca since it hit the market.

Here’s the two at glance to help you tell them apart.

Unfortunate coincidences have meant problems for some medical products.

Are you suffering from side effects after taking Nexium or another PPI? Get a Free Case Review

Ayds chocolate was a best-selling appetite-suppressant in the 1970s and 80s. The AIDS epidemic forced a name change. Its maker later pulled it off the market.

Vicks markets its cough drops under the name Wick in German speaking countries. “Vick” has a crude, sexual connotation in German.

Domperidone works on the reward and pleasure neurotransmitter dopamine. Domperidone blocks the effects of dopamine in your system. Dom Pérignon is pricey champagne that does the opposite. The drug is not approved in the U.S. The champagne is.

Anakinra treats rheumatoid arthritis. When pronounced correctly, it sounds like the name of a young Darth Vader. It’s an interleukin receptor agonist. Yes, “Luke” is in there, too.

How Do Drug Companies Come Up With Drug Names?

The top reason for the FDA to reject a new drug is its name. Names that sound too much alike can lead to medication errors. Doctors could prescribe the wrong drug.

Companies struggle to meet this standard. The Institute for Safe Medication Practices has a list of 798 confusing drug names.

The FDA requires that new drug names sound different from other drugs. But it also requires that the names stand out from recognizable words – in all other languages. It didn’t work in the case of Nexium.

Coming up with a name to fit FDA rules can be difficult. There are 30,000 brand-name drugs in the U.S.

To come up with unique names, drug manufacturers rely on little used letters. In 2015, CNBC reported that the letters Q, X and Z are drug-naming favorites.

THE BOTTOM LINE: It’s not likely that Nexium will take too much of a hit from the Nxivm coverage. The medicine is an established brand. But the Nxivm coverage may give the people at AstraZeneca some heartburn until it plays out.