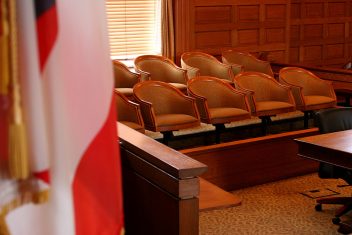 A Massachusetts jury sided with Boston Scientific in the latest pelvic mesh lawsuit trial. It is the first win for the device maker since 60 Minutes exposed the company’s use of subpar Chinese plastic in mesh implants.

The trial centered on Ana Martinez. Doctors implanted her with Boston Scientific’s Pinnacle Pelvic Floor Repair Kit and Obtryx Sling System-Halo in 2010. Her lawsuit said she suffered incontinence, painful sex and groin pain from the devices.

Boston Scientific’s win comes after a scathing 60 Minutes report in May 2018. The report found the company was importing counterfeit Chinese plastic for its mesh implants. Experts told 60 minutes the plastic was not fit for humans.

Right before the Martinez trial began, Boston Scientific’s Dave Pierce responded to the 60 Minutes report. Pierce is the president of the company’s urology and pelvic health division.

Pierce told Medical Device and Diagnostic Industry that the company stayed in the pelvic mesh business “because it’s the right thing to do for women.”

The 60 Minutes report painted a different picture. Chevron Phillips refused to continue supplying Boston Scientific with Marlex plastic. Chevron Phillips said the plastic was not for permanent implants in the human body.

Boston Scientific was desperate to keep its profitable mesh business. So, it bought counterfeit plastic from China despite several inconsistencies in the formula.

Pierce said the company does not regret its decision to import the plastic.

“We stand by the process through which we exported from China and imported into the United States,” he said.

In April 2018, Boston Scientific announced it was putting aside $800 million to settle transvaginal mesh lawsuits.

As of June 15, 2018, the mesh maker still faced 10,380 federal pelvic mesh lawsuits. At the height of pelvic mesh litigation, the company faced about 25,600 federal lawsuits.