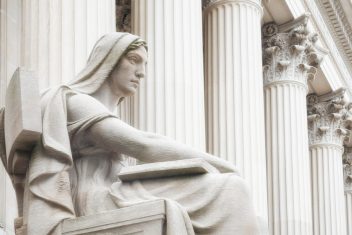 A Delaware court has tossed out lawsuits against Johnson & Johnson from non-residents who claimed the company’s talcum powder caused ovarian cancer. There were more than 200 talc cancer lawsuits filed in Delaware, though the exact number of cases affected by the decision was not immediately clear.

Thousands more lawsuits are still pending in other state and federal courts.

The opinion from the Delaware Superior Court said the people filing the lawsuits in that state “hail from all over the country.” Johnson & Johnson argued that the court had no jurisdiction over cases from people who did not live in Delaware.

The decision relied in part on a recent U.S. Supreme Court ruling that narrows the definition of jurisdiction. People can typically sue a company in the state where the person lives or where the company does business. The ruling narrowed the rules for companies. It effectively requires the court to be in the state where the company is incorporated or headquartered. Johnson & Johnson is both headquartered and incorporated in New Jersey.

As of August 2018, there were 8,683 talcum powder lawsuits over ovarian cancer pending in federal court. The cases were part of a multidistrict litigation (MDL) in New Jersey. MDLs allow federal courts to combine similar lawsuits from around the country into a single action. This lets the lawsuits move more quickly through the legal process.

A week before the Delaware decision, Johnson & Johnson asked the California court to toss out non-resident lawsuits in that state. This summer, a Missouri judge tossed out a $55 million verdict against J&J from 2016. J&J had successfully argued on appeal that the trial should not have taken place in Missouri. The woman who won the verdict was from South Dakota, not Missouri.

Diagnosed with mesothelioma or ovarian cancer after talcum powder use? Get a Free Case Review

Juries in various talcum powder lawsuits had returned more than $5 billion in verdicts against talc manufacturers as of August 2018. But courts had reduced or tossed out many of the verdicts on appeal.

The largest was a $4.69 billion verdict against Johnson & Johnson in August 2018. The jury awarded the money to 22 women who claimed J&J talc products caused their ovarian cancers.

The verdict included $4.14 billion in the form of punitive damages. Juries can award punitive damages to punish a defendant if it thinks the company behaved particularly badly.

In addition, a lawsuit claiming J&J talc caused mesothelioma went to trial in February 2018. A jury ruled against the company, awarding Stephen Lanzo III and his wife $117 million.

What Happens to the Talc Lawsuits in Delaware?

The Delaware talc lawsuits are not dead. The court only removed Johnson and Johnson as one of the defendants.

Those three companies are incorporated in Delaware and the state courts have jurisdiction.