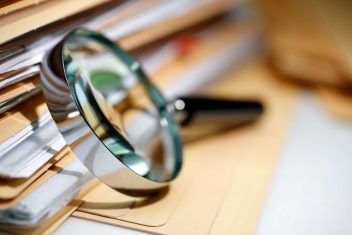 The U.S. Justice Department has launched a criminal investigation into whether Johnson & Johnson lied about possible cancer risks associated with its talcum powder products, according to Bloomberg.

The business news organization reported that a federal grand jury is looking into potential criminal charges. The article cited unnamed sources that had knowledge of the probe.

The Justice Department investigation reportedly focuses on whether company officials were aware of cancer-causing substances in their products and whether they tried to hide the fact from regulators and the public.

Johnson & Johnson announced in a February 2019 financial filing that it was cooperating with three separate federal investigations. But it did not disclose whether the Justice Department probe was civil or criminal in nature.

The company told Bloomberg it was still cooperating with all three probes. Neither the company nor the Justice Department has been willing to comment on the nature of the investigation.

The lawsuits in Kentucky, California and New Jersey all claim Johnson & Johnson’s talc products were contaminated with asbestos that either caused mesothelioma or contributed to its cause. Asbestos is a mineral often found near talc deposits and is the leading cause of mesothelioma, an almost always fatal form of cancer.

Other lawsuits claim the products caused ovarian cancer. More than 12,600 ovarian cancer lawsuits against Johnson & Johnson have been combined into a single litigation in a New Jersey federal court. As of June 2019, it was the third largest mass litigation in the United States based on the number of lawsuits involved.

Juries have awarded more than $5 billion to people who’ve won talc lawsuits against Johnson & Johnson. The company has appealed every talc cancer case it has lost. But it also faces securities lawsuits that claim it cost investors profits by failing to disclose possible asbestos contamination of its talc.

Legal experts told Bloomberg that an ongoing criminal case could make it harder for Johnson & Johnson to settle the mounting number of civil lawsuits over its talc products. Plaintiffs in those lawsuits may want to see if the company eventually faces criminal charges. If that happens, it could help them in their lawsuits.

Johnson & Johnson admitted in February 2019 that it was cooperating with three separate federal investigations. It disclosed the information in its annual report filed with the U.S. Securities and Exchange Commission.

“The company is cooperating with these government inquiries and will be producing documents in response.”

Buried on page 86 of the filing, Johnson & Johnson reported it had received “preliminary inquiries and subpoenas” to produce documents relating to issues raised in the various talc lawsuits it faces. The requests came from the Justice Department, the SEC, and the Senate Health, Education, Labor and Pensions Committee.

“The company is cooperating with these government inquiries and will be producing documents in response,” Johnson & Johnson wrote in its report.

Internal documents showed that Johnson & Johnson talc tested positive for asbestos contamination as early as 1971, according to a Reuters investigation published in December 2018.

The documents showed executives, scientists and other company leaders discussed what to do about the problem for 30 years. During all that time, no one at the company revealed the problem to regulators or the general public. And Johnson & Johnson continued to aggressively market its talc products as a daily hygiene extra.

New Research Sheds Light on How Talc May Cause Cancer

The barrage of lawsuits has revealed many of these formerly secret documents. And their existence has helped fuel the federal subpoenas for more information.

The Bloomberg report says a federal grand jury was seated after the Justice Department’s fraud division began investigating Johnson & Johnson. Legal experts said its possible investigators are weighing whether the company committed fraud by knowingly hiding cancer risks and whether it broke any securities fraud violations as well.