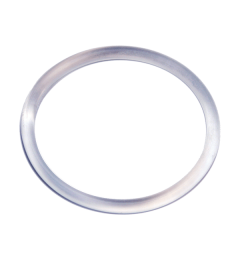 NuvaRing is a popular combination hormone contraceptive (CHC) like birth control pills and patches. Common side effects include headaches and inflammation of the vagina. The U.S. Food and Drug Administration requires the birth control ring to carry the agency’s most serious warning — a black box warning — about cigarette smoking and serious cardiovascular events.

Erika Langhart had traveled to 37 countries and served on the staff of a presidential nominee before even graduating college. Just before Thanksgiving 2011, her boyfriend came home to find the young law student on the floor of their apartment in extreme pain.

Paramedics were already on the way, but Langhart suffered two heart attacks before they got her to the hospital, and she slipped into a coma. She died on Thanksgiving Day. Langhart was 24 years old.

One of the first questions the emergency room doctor asked family members was if Langhart was using birth control. When her mother, Karen, said Erika had been using NuvaRing, the doctor told her of a link between the contraceptive and pulmonary embolisms.

These deadly blood clots are among the most serious risks associated with the popular birth control ring. Warnings of the risks would not be added to the contraceptive’s label until almost two years after Langhart’s death.

Blood clots like the one Langhart suffered are rare, according to the birth control’s packaging insert. In a large study called the Transatlantic Active Surveillance on Cardiovascular Safety of NuvaRing (TASC), researchers followed women for 24 to 48 months and the incidence of blood clots — or venous thromboembolisms (VTE) — was 8.3 in 10,000. For new users, the risk was slightly higher at 11.4 in 10,000.

Common Side Effects and Precautions

NuvaRing’s label warns of possible side effects women may experience. According to the medication label, the most common side effects in clinical trials were: vaginitis, headache, mood swings, nausea/vomiting, vaginal discharge, weight gain, abdominal pain, acne and decreased sex drive. These occurred in 2 percent or more of women in clinical trials of 2,501 women.

About 13 percent of the women dropped out of clinical trials for adverse events. The most common reasons were device-related events (2.7 percent), mood changes (1.7 percent), headaches (1.5 percent) and vaginal symptoms (1.2 percent).

The insert also contains general precautions for women and their doctors to consider when using the contraceptive.

NuvaRing, like the patch and pill, is a combined hormonal contraceptive (CHC) — a combination of estrogen and progestin. The use of any CHC increases the risk of a venous thromboembolism (VTE) — a blood clot that begins in a vein.

While smoking, obesity and a family history of VTE can increase the risk for women using a CHC, several studies have found an association between one of the hormones in NuvaRing, etonogestrel, and a higher risk of VTE than that of birth control pills. Some studies found the risk of the blood clots for NuvaRing users was almost double that of women using the pill.

In October 2011, the U.S. Food and Drug Administration (FDA) released a study of more than 835,826 women that found use of NuvaRing was “associated with a significantly higher risk of VTE” compared to low-dose oral contraceptives. The authors said the finding was “new and raises concern” and called for further studies.

Another study published in May 2012, which followed more than 1.6 million Danish women from 2001 to 2010, was “compatible with the [FDA] study,” its authors said. The study published in the BMJ included data on “all Danish non-pregnant women aged 15-49” who were “free of previous thrombotic disease or cancer.”

In June 2012, the New England Journal of Medicine published another Danish study based on 15 years of data. This study found a risk of myocardial infarctions (heart attacks) and thrombotic strokes with hormonal contraception.

In October 2013, the FDA approved new warnings for NuvaRing’s label. By this time, court documents showed hundreds of women in the U.S. had filed lawsuits after suffering VTEs or other serious complications while using the birth control.

Who Should Not Use NuvaRing?

Women with certain medical conditions or other lifestyle factors should not use NuvaRing.

Women who should not use the birth control include those who: