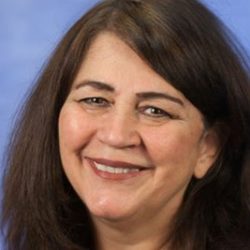 Courtney-Peterson speaks to hundreds of people whose lives have been turned upside down by faulty hip implants, and every day, many more people suffering complications from certain brands of implants call her for help and advice.

Just because you or a loved one has a hip implant doesn’t mean that there is a problem. In fact, many types of implants function well and increase a person’s quality of life.

Thousands of patients are filing lawsuits after facing complications from their faulty hip implants. Learn more.

According to Courtney-Peterson, the majority of the problematic devices are hip implants that use metal components that rub against each other. These types of implants are called metal-on-metal (MoM) implants. While most of these devices consist of a metal ball and cup like the DePuy ASR, others like the Stryker Rejuvenate and ABG II have a metal neck and stem that fit together.

The problem with metal parts rubbing against each other is that they tend to release tiny metal particles into the surrounding tissue and into the blood.

When these metal particles enter the blood or the tissues surrounding the implant, people may suffer from a number of serious health problems.

All hip implants eventually wear out from wear and tear, usually after about 15 years. Then, revision surgery is needed to replace the implant. However, some MoM implants fail within a year.

“Most of the metal-on-metal hips implants, which are the ones causing the problems, were given to the younger people because they were believed to last longer. Because they were young, rather than making them have one or two more revision surgeries in their lifetime, they gave these new metal-on-metal implants to the younger people,” said Courtney-Peterson.

Unfortunately, these people ended up with failed hips and painful complications that required revision surgery. The DePuy ASR and Stryker Rejuvenate and ABG II were recalled after high rates of revision surgery were reported.

Johnson and Johnson, DePuy’s parent company, was forced to reveal during the first trial that it was aware that 40 percent of the DePuy ASR implants would fail.

Courtney-Peterson said, “If that has been revealed, [the failure rate] is probably even greater than that.”

Metallosis is another term for metal poisoning that occurs when too much metal flakes off the implant and ends up in the blood. According to Courtney-Peterson, this complication is by far one of the most “insidious” side effects caused by MoM implants.

“The tissues and the bone surrounding the implant almost die,” Courtney Peterson said. “So, they become black, very black, and it causes the implant to become very lose because there is no structure to the tissue and the bone to hold the prosthesis to it. It’s kind of like eating chicken … it falls off the bone, and that is what these implants are doing.”

When the implant comes loose, this can lead to severe pain and dislocation. Bones may also fracture during the revision process, causing more complications.

In addition, revision surgery becomes more difficult and recovery time is much longer because the damaged tissue and bone lengthens the healing process. Courtney-Peterson said that the recovery after revision surgery can take up to three times longer than the original surgery.

The effects of metallosis are not just limited to the area around the implant, either.

The metal ions can travel in the blood and damage other organs, causing:

“In almost every case, even if you are asymptomatic, but you have one of these problematic hips … if you wait until it is painful, then your tissue and bone have been injured a lot more, and your rehab for the revision will be a lot greater,” Courtney-Peterson said.

There are a lot of things to be aware of, and these details leave a lot of questions for people who are concerned, but there are steps they can take.

Courtney-Peterson recommends first identifying your hip implant. The doctor who performed the hip replacement surgery or a copy of the operation report should have this information. After identifying the hip, the next step is to figure out if it was recalled or if it is one of the problematic devices.

“You have to be careful, because it’s like General Motors makes Cadillac and Cavalier, DePuy makes many different types of hips,” Courtney-Peterson said. “The problematic DePuy hips that I am aware of are the DePuy ASR and the DePuy Pinnacle. Another huge amount of the population has been injured by the Stryker Rejunevate hip.”

Other problematic MoM hips include:

When a hip implant is recalled, recipients of the device are supposed to receive a letter informing them of this, but Courtney-Peterson speaks with people who receive their letters a year after a recall, or not at all. Also, some of the problematic hips may not yet have been recalled.

Because of the injuries associated with MoM implants, thousands of federal and state lawsuits are pending across the country against the manufacturers.

If you or a loved one decides to file a hip implant lawsuit, one of the first things you need to do is keep the hip implant. The manufacturers will do what they can to get the hip back, because this is valuable evidence that can make a difference to a jury.

Free Case Review
Who Am I Calling?