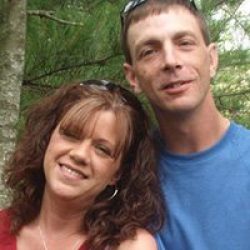 Teresa and David Sawyer – founders of the nonprofit TVT-NO! – phoned in from their home in Ohio to talk to me about their experiences with transvaginal mesh, and they had some choice things to say about the implants and the companies that profit from them.

“I dare to be as bold to say this is almost like genocide on women,” Teresa said. David echoed her sentiment, saying: “Not a day goes by that we don’t receive emails and phone calls from women that are on the verge of death, literally. It baffles me that this is happening in America – or anywhere.”

To those who are not familiar with the product, these comments may sound extreme, but the Sawyers have first-hand knowledge of just how serious the complications arising from transvaginal mesh can be.

Transvaginal mesh is a piece of porous material that functions like a hammock to hold up organs that sink into the vagina when pelvic muscles weaken – a condition called pelvic organ prolapse (POP). It can also help treat stress urinary incontinence (SUI).

Often, it is made from a synthetic plastic called polypropylene and inserted transvaginally – through the vagina. When it is used to treat incontinence, it is also called a bladder sling or transvaginal tape (TVT).

In a previous interview with Drugwatch, Teresa shared that she and David suffered through a “hellish nightmare” that began in 2010 after her doctor implanted mesh to correct incontinence issues. Tissue erosion, vertigo, infection, hemorrhaging – these were just some of the traumas Teresa suffered.

Teresa and other women who suffer from mesh injuries often face multiple revision surgeries, during which a doctor attempts to remove the pieces of the mesh. But that is no easy task.

Teresa describes it this way: “One of the best ways for [someone] that wants to get an idea of what this is like is to take a screen out of your window and put it in your grass in the month of May, and try to get that out without any damage to the weeds that are growing through it, come August. That’s what it does to the vagina; it rips; it tears – it’s destroying women.”

The terrible physical symptoms of mesh complications often take center stage, but the Sawyers say that the emotional and mental anguish caused by the implants also take a toll. The trauma can tear families apart, alienating women and leaving them bereft of support.

The Sawyers soldiered through physical, financial and emotional complications, and both spent their fair share of time in hospital beds and chairs.

As women inch their way forward, husbands and children can suffer collateral damage.

“I actually ended up with a disease because of stress, called diverticulitis and ended up in the hospital,” David said. “I would go to sleep at night, experiencing severe night sweats, worried. Every morning I would open my eyes at 4:30, 5 a.m. and would start researching, just trying to get answers. The frustration was horrible. Doctors would just tell you it’s in your head; you’re reading too much; stay off the Internet.”

Teresa was so sick that David was forced to shut down his handyman business and sell off most of his equipment just to try and pay mounting hospital bills and make ends meet.

They had just begun renovating a house when the medical disaster struck. It wiped out their savings, and for two years, they were forced to live in the gutted-out shell of what was supposed to be their dream home.

“To be honest, I don’t know how we made it,” David said. “All I can say is the strength of God kept us together.”

Teresa shared that one of the complications she had was a swollen thyroid. “I couldn’t speak for eight weeks,” she said, with a little bit of humor. “David was tickled pink; that’s how we made it through eight weeks of it.”

Not all couples are able to weather the storm like the Sawyers, and one of the saddest complications of mesh is a broken marriage.

David started a support group for husbands, but he says it breaks his heart that only about five men have  joined. (There are nearly 30,000 federal mesh lawsuits filed by women who have suffered.)

“In today’s society, it just seems like it’s easier for the man to just dash out on the woman, and think it’s all in her head,” he said. “And that hurts my heart so bad, that so many women are out there suffering without the support of their family. This is real. It’s as real as it gets.”

Despite the issues women face, Teresa said it’s also important for them to understand their husbands’ point of view.

“The husband is going through emotions too,” she said. “He’s scared; he’s helpless. It’s mental and physical abuse on both people in the relationship. Hold them, and let them know that you love them, and that you’re fighting for them too.”

Exposing the Truth about Mesh

“TVT-NO! came about when Teresa got so sick from the mesh, from the struggles that I went through personally trying to figure out what was wrong with her,” David said. “The suffering that we went through trying to get answers just kind of inspired me to try and keep others from going through what we did.”

Women like Christine Scott and Linda Gross took their fight to the courts to hold manufacturers accountable, won jury verdicts against these companies and helped expose the truth about transvaginal mesh.

Their pain and personal stories made headlines, and people started to pay attention.

Lack of testing and faulty product design destroyed the lives of thousands of people who have since filed lawsuits against major mesh manufacturers such as:

Teresa and David filed their own suit, and they made a decision a long time ago that it wasn’t about the money. It was — and is — about doing what’s right.

That means making resources available and informing women and their families about the dangers of the product through TVT-NO! Through their own money and the donations of sponsors, including Drugwatch, they try to provide services to women.

The Sawyers admit that it has been tough to garner support with so few people familiar with the problems women face. So, they are trying some new initiatives, including a country music benefit concert that might get national coverage on Country Music Television (CMT).

“To me this is so exciting because it’s media, and we’ve got to get the word out,” David said. “For years and years, the pharmaceutical companies have been able to buy their way out of [responsibility for] injuring people, and I hope some people go to prison for this.”

Drugwatch Radio is not a substitute for professional, legal or medical advice. The views and opinions expressed by the host and guests do not necessarily represent those of Drugwatch.

Free Case Review
Who Am I Calling?