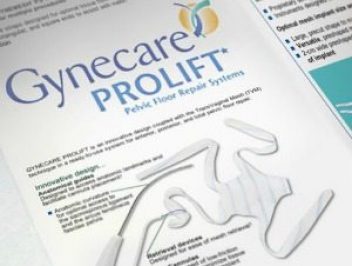 Atlantic City, N.J., jurors ruled in favor of the plaintiff, Linda Gross, and ordered Johnson & Johnson to pay $11.11 million for failing to warn and making fraudulent misrepresentations about its transvaginal mesh product, Bloomberg reported. The jury awarded $3.35 million in compensatory damages and $7.76 million in punitive damages.

Gross sued J&J after she had a Prolift transvaginal mesh device implanted to treat pelvic organ prolapse – a condition where internal organs drop into the vagina – and sustained injuries from the device. Gross suffered from constant pain, could barely sit and had painful intercourse as a result of the implant eroding through organ walls. She underwent 18 operations after the device was implanted.

During the trial, Gross’s lawyers presented internal company documents that revealed that J&J knew the mesh would cause women pain and harm.

Adam Slater, Gross’ attorney, told jurors in his Feb. 15 summation: “We’ve established during this trial that this is something that never should have been sold. You had the words of the people at the company saying it shouldn’t have been sold. You saw them talking about that before it ever went on the market, that it was unreasonably dangerous.”

Linda Gross isn’t the only woman who took her fight to court. According to The Associated Press, J&J faces an estimated 4,000 transvaginal mesh lawsuits filed by women across the country who are living with painful side effects.

The complication rate increases when mesh is placed transvaginally, as recommended by J&J and other manufacturers. The vagina is a non-sterile environment, and the rate of infection and erosion increases. The Food and Drug Administration (FDA) received nearly 3,000 reports of malfunctions, injuries and even deaths as a result of transvaginal mesh from 2008-2010.

Gross isn’t the only woman who won after suing a mesh manufacturer. In August 2012, a California jury ruled in favor of Christine Scott, awarding her $5.5 against mesh manufacturer C.R. Bard.

There have been few mesh recalls, but J&J has pulled a number of its Gynecare mesh products off the market, including the Prolift.

J&J continues to call its Prolift mesh, implanted in Gross, “safe and effective.” The company plans to appeal the verdict.

In addition to its legal troubles with mesh, J&J now faces a government investigation over alleged deceptive marketing of its transvaginal mesh and hip implants. California’s attorney general contacted J&J in October 2012 regarding its mesh products, and the company is reportedly cooperating, Bloomberg reported. California is leading the 42-state investigation into the company’s marketing practices of mesh.

J&J also faces a Justice Department probe over its DePuy ASR XL hip implant. The government has requested documents relating to whether DePuy may have submitted false claims to federal health care programs over the hip implants.

The company recalled almost 100,000 ASR hip implants worldwide and faces more than 10,000 lawsuits from plaintiffs who were injured when the device failed prematurely and released metal debris into the patients’ blood. Documents that surfaced at the first DePuy trial revealed that J&J knew the hips had an almost 40 percent failure rate but did not warn patients or doctors. That trial is ongoing in Los Angeles Superior Court.