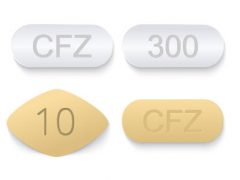 The most common side effects of SGLT2 inhibitors include genital yeast infections, flu-like symptoms and a sudden urge to urinate. The U.S. Food and Drug Administration also warns of more rare but serious issues such as amputations, kidney injury and ketoacidosis. Formulas that include metformin carry a black box warning for lactic acidosis.

Doctors prescribe sodium-glucose co-transporter 2 (SGLT2) inhibitors to treat Type 2 diabetes. The main medications in this class are Invokana (canagliflozin), Farxiga (dapagliflozin), Jardiance (empagliflozin) and Steglatro (ertugliflozin). SGLT2 inhibitors have several side effects in common, but each drug may also have its own risks.

Most SGLT2s have a version that combines the active ingredient with another anti-diabetic drug called metformin. Combination drugs have the side effects of the main ingredient plus those of the other drugs in the formula. Metformin carries a black box warning for lactic acidosis — a serious condition where excess lactic acid builds up in the blood.

In addition to side effects drug companies discover during clinical trials, the U.S. Food and Drug Administration Adverse Events Reporting System (FAERS) collects people’s reports of adverse events in real-world practice. The weakness of FAERS data is that researchers cannot verify if the drug actually caused the side effect.

People have reported more than 28,100 adverse events for the four main SGLT2 drugs. Invokana has more serious adverse events than all the other drugs combined. But it was also the first drug in the class approved for sale, and it also averages more prescriptions per year.

The drugs’ labels warn about common side effects such as yeast infections and nausea. The FDA has also released several Drug Safety Communications about more rare but serious side effects such as flesh-eating genital disease, lower limb amputations with Invokana, kidney problems, ketoacidosis and bone fracture risks. In addition, Farxiga may increase the risk of bladder cancer.

People who suffered serious side effects after taking the drugs have filed lawsuits against SGLT2 inhibitor manufacturers, alleging the companies knew of the dangers but failed to warn the public.

Common SGLT2 side effects include:

While clinical trials show the most common side effects are relatively minor, FAERS shows the most reported adverse events are more serious. The top three most-reported events in FAERS are diabetic ketoacidosis — a condition where a lack of insulin causes acid to build up in the blood— fungal infections and kidney injuries.

People with diabetes have a greater chance of developing genital infections, and SGLT2s may increase the risk. The most common among SGLT2 users are yeast infections that affect the vagina and penis.

Pharmacist Steve Chaplin wrote in Prescriber that genital infections in women and men were five times more likely in people taking SGLT2s versus other anti-diabetic drugs. Most of these cases were mild to moderate and patients treated them at home with topical and oral therapies, Chaplin wrote. Women prone to infections and uncircumcised men were at increased risk.

In August 2018, the FDA released a Drug Safety Communication warning that SGLT2s may cause a rare but serious genital infection called necrotizing fasciitis of the perineum — also known as Fournier’s gangrene. The disease can be life-threatening. Symptoms include tenderness, redness or swelling of the genitals and fever.

In general, about 1.6 in 100,000 men get Fournier’s gangrene each year in the United States. The FDA reported it found 12 cases of Fournier’s gangrene in people who took an SGLT2 inhibitor from 2013 to May 2018. All seven men and five women ended up in the hospital and required surgery. The FDA estimated about 1.7 million people received a prescription for an SGLT2 inhibitor in 2017.

“Fournier’s gangrene developed within several months of the patients starting an SGLT2 inhibitor and the drug was stopped in most cases,” the FDA said. “Some patients required multiple disfiguring surgeries, some developed complications, and one patient died.”

Conversely, only six Fournier’s gangrene cases were reported in people who took other diabetes drugs during a more than 30-year period, according to the FDA.

Dr. Shanal Kumar and colleagues described the case of a 41-year-old man with Type 2 diabetes who was diagnosed with Fournier’s gangrene after taking empagliflozin and metformin. He had a swollen scrotum and inflammation.

Doctors stopped treating the man with empagliflozin. They performed emergency surgery to wash out the infection and gave him a skin graft to replace damaged skin. For two weeks, he received intravenous antibiotics in the hospital, followed by oral antibiotics at home.

“There is a wide clinical spectrum of genital infections associated with SGLT2 inhibitors with most being generally mild and easily treated,” the authors concluded. “However, risk factors such as diabetes, obesity, immunosuppressed states, smoking, alcohol abuse and end-stage renal or liver failure may increase the risk of potentially more severe infections such as Fournier’s gangrene.”

Normally, the FDA advises against stopping medications. However, the agency said in its communication that patients should stop taking their SGLT2 immediately and seek medical attention if they suffer symptoms of ketoacidosis, including trouble breathing, nausea, vomiting, abdominal pain and tiredness.

People who think they may have a urinary tract infection don’t need to stop taking their medication immediately but should talk to their doctors right away.

At the time, the agency released the warning for ketoacidosis after it identified 73 cases in FAERS from March 2013 to May 2015. All patients required hospitalization or emergency department visits. Those numbers have since increased. From 2013 to Sept. 30, 2018, there were 4,777 cases in FAERS involving the four main SGLT2 drugs. Of those, 4,716 were serious. The majority of the people ended up in the hospital.

The cases were reported to FAERS from March 2013 through October 2014. All of the patients needed to be treated in a hospital – some in the intensive care unit. A few patients suffered kidney failure and needed dialysis.

Because UTIs are one of the most common side effects of SGLT2s, many more people may be affected. Since the warning came out in 2015, the number of cases reported to FAERS has risen to 275, and six people died. The relative risk is still small because about 1.7 million people use SGLT2s each year.

According to clinical studies, patients who take Farxiga may have a very small risk of bladder cancer. When the FDA approved the drug, it found a small connection between bladder cancer and dapagliflozin but with no other SGLT2 drug. Because people with Type 2 diabetes are already at greater risk for bladder cancer, it is difficult to determine whether the drug increases the risk.

In 22 clinical trials, researchers found four cases of newly diagnosed bladder cancer with Farxiga and none with the placebo. The number is too small to determine whether the bladder cancer was related to the medication, according to a 2014 press release from AstraZeneca, the company that sells the drug. There is also no information on how the drug affects people with pre-existing bladder tumors.

Fact
From 2014 to Sept. 30, 2018, the FDA received reports of 41 cases of bladder cancer and bladder neoplasms (possible cancerous growths) in people who took Farxiga. One person died.

AstraZeneca funded a study by Dr. Agata Ptaszynska and colleagues that found nine out of 5,936 patients who took dapagliflozin had bladder cancer versus one out of 3,403 people who took another drug. Authors found these people had increased risk factors for bladder cancer such as being older than 60 and smoking.

“The totality of evidence to date does not suggest a causal relationship between dapagliflozin and bladder cancer,” authors wrote.

In 2017, the FDA required Johnson & Johnson and Janssen Pharmaceuticals to add a black box warning to Invokana, Invokament and Invokamet XR for lower limb amputations. The agency based its decision on the results of two large, randomized, placebo-controlled trials that found amputations occurred twice as often in people who took canagliflozin versus a placebo, according to the FDA’s Drug Safety Communication.

Amputation of the toe and mid-foot were most common, but amputations of the leg above and below the knee also occurred. Some people had amputations on both legs.

The FDA urges people who suffer from leg or foot pain or tenderness, sores or ulcers, or infections to contact their doctor. From 2016 to Sept. 30, 2018, the agency received 236 reports of amputation in people who took Invokana. Two cases resulted in death.

While the FDA found evidence of amputations connected to Invokana, a study by Johnson & Johnson shows no amputation risk compared to other diabetes drugs. Patrick B. Ryan of Janssen Research & Development and colleagues published the findings of the OBSERVE-4D study in Diabetes, Obesity & Metabolism.

“Safety information from recent clinical trials also suggests that the risk of amputation, while still increased with canagliflozin, is lower than previously described, particularly when appropriately monitored,” the agency said in its statement. “The amputation risk with canagliflozin remains and is still described in the Warnings and Precautions section of the prescribing information.”

Invokana and Farxiga may also carry the risk of kidney injury. In 2016, the FDA warned medications containing canagliflozin and dapagliflozin may harm kidneys. The agency required the drugs’ makers to strengthen warnings on the medication inserts.

If the kidneys stop working, dangerous levels of waste may build up in the blood. Symptoms of kidney injury include decreased urine and swelling in the legs and feet. The risk goes up in people with poor kidney function.

From March 2013 to October 2015, the FDA identified 101 reported cases of kidney injury in users of canagliflozin and dapagliflozin. Some people needed to be treated in the hospital with dialysis. About half of these cases occurred within one month of starting either of the drugs.

Not all researchers agree that Invokana, Farxiga or other SGLT2s contribute to kidney injury.

Dr. Girish N. Nadkarni and colleagues said in Diabetes Care that the drugs do not increase acute kidney injury risk. The authors concluded kidney injuries in people who use SGLT2s occurred because people with Type 2 diabetes are already at risk. They said it had nothing to do with the drugs.

The National Institute of Diabetes and Digestive and Kidney Diseases funded the study. One of the authors, Dr. Steven G. Coca, is a consultant regarding SGLT2s for Janssen Pharmaceuticals.

Side Effects of SGLT2 Inhibitors

Side Effects of SGLT2 Inhibitors