A Zantac lawsuit is a legal claim filed by people who took Zantac with NDMA-contaminated ranitidine and later developed cancer. In August 2022, generic manufacturers agreed to a more than $500,000 Zantac settlement a week before the first lawsuit was set to go to trial.

See If You Qualify for a Zantac Lawsuit

If you were diagnosed with cancer after taking Zantac, you may be entitled to compensation. Get a free case review today.

We value your privacy. By clicking REVIEW MY CASE, you agree to our privacy policy and disclaimer. After submitting, you will be contacted by one or more of Drugwatch's trusted legal partners (including autodialed and prerecorded calls or text/SMS messages). Msg. and data rates apply. Your consent to text messaging is not required for a case review and you may opt out of text messages at any time by texting STOP. This is legal advertising.
Last Modified: November 14, 2022
Fact Checked
Fact-Checked

Why Are Zantac Lawsuits Being Filed?

The FDA told all manufacturers to stop selling Zantac made with ranitidine in the United States in April 2020 because NDMA contamination can increase over time. The longer the drug sits on the shelf, the greater the amount of NDMA in the drug and the FDA doesn’t know how long NDMA has been in Zantac. Sanofi’s new drug, Zantac 360 made with famotidine is not a part of the recalls or lawsuits.

Which Cancers Are Named in Zantac Lawsuits?

People who have taken Zantac and filed lawsuits reported a wide variety of cancers linked to the drug and NDMA.

Many doctors who diagnosed people with cancer after taking Zantac said they had no family history or genetic markers for cancer, according to Zantac lawyers. Instead, doctors told patients it was caused by something from their environment, which could include NDMA contamination.

Cancers that qualify for Zantac lawsuits include:

Of the cancers linked to Zantac, bladder cancer has the strongest connection. If you developed one of the above cancers after taking Zantac between January 2000 and present, make sure you contact an attorney to see if you qualify to file a lawsuit.

Other health issues in addition to cancer may be claimed in lawsuits. Make sure you tell your attorney about any other health problems.

Other Health Issues That May Appear with a Zantac Cancer Diagnosis

Doctors who diagnosed people with cancer after taking Zantac also diagnosed them with primary pulmonary hypertension (PPH) and Crohn’s disease.

Other health conditions associated with Zantac use included in lawsuits include:
Speak with a Top Zantac Lawyer

Were you diagnosed with bladder cancer after taking Zantac? 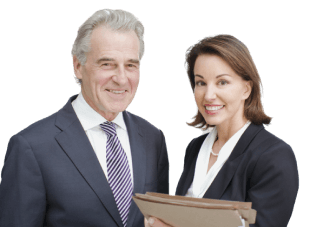 Who Qualifies for a Zantac Lawsuit?

Lawyers are only accepting claims from people who took brand-name Zantac, and generic ranitidine is no longer included in lawsuits.

To qualify for a Zantac lawsuit, people must satisfy several conditions:

Only a lawyer can properly evaluate a claim, and they can help gather medical records and evidence to build a case.

Should You File a Zantac Lawsuit?

If you’ve taken Zantac and developed cancer, you and your family may be facing mounting medical bills, lost income and poor health. Potential compensation from filing a Zantac lawsuit may help you with past, present and future medical costs.

Compensation from a Zantac lawsuit may help with:

The main claim in Zantac lawsuits is that defendants failed to properly warn the public that Zantac’s active ingredient, ranitidine, is unstable and can form NDMA in the stomach leading to an increased cancer risk. Plaintiffs demand to be compensated for injuries and pain and suffering.

Florida resident Joseph L. Galimidi was one of the first to file an individual Zantac lawsuit in the United States against Sanofi on Sept. 13, 2019. Galimidi had been taking Zantac since 2009 and developed breast cancer, which is rare in men, in 2013.

He demands compensation for his injuries, pain and suffering.

“Despite their knowledge of the risks of cancer associated with Ranitidine and Zantac … Defendants continued to represent that Ranitidine products, including Zantac, did not pose any risks of cancer or other serious health conditions.”

“While his heartburn was healed, Zantac — laden with N-Nitrosodimethylamine (“NDMA”), a probable human carcinogen — wreaked havoc in his body and led to his breast cancer,” Galimidi’s complaint said.

During the time Zantac and other ranitidine products have been sold in the United States, there have been reports of cancers linked to Zantac. Galimidi argues Sanofi had plenty of time to study the link and warn the public, but it did not.

Blake started taking prescription Zantac in 1996. He then switched to Zantac OTC which he took four times a week. Doctors diagnosed him with bladder cancer in 2018, and he believes the drug caused it.

According to Blake’s complaint, research has shown that Zantac can produce high levels of NDMA since at least 1981. Manufacturers should have known this and warned the public, but they did not.

“This was not done by accident or through some justifiable negligence. Rather, Defendants knew that it could turn a profit by convincing consumers that Zantac was harmless to humans, and that full disclosure of the true risks of Zantac would limit the amount of money Defendants would make selling Zantac,” Blake’s complaint said.

Zantac was a popular medication prescribed to military veterans through the VA, and now veterans are filing lawsuits after getting a cancer diagnosis.

After the FDA issued its market withdrawal notice, the Defense Health Agency (DHA) advised military beneficiaries to talk to their doctors about a prescription Zantac alternative in a communication dated April 15, 2020.

DHA advised beneficiaries taking OTC Zantac to stop taking it immediately and dispose of the medication according to FDA guidelines. DHA told patients to report any Zantac adverse reactions to the FDA.

The DHA notice didn’t warn veterans specifically about cancer risk and NDMA, but it did warn that “the impurity in some ranitidine products increases over time when stored at higher than room temperatures and may result in consumer exposure to unacceptable levels of this impurity.”

Learn more about Zantac and how to take legal action if you developed cancer after taking the drug.

In July 2021, Judge Robin L. Rosenberg dismissed cases against generic drugmakers including Teva Pharmaceuticals, Amneal Pharmaceuticals and others because federal law prevents them from being sued.

If you have questions on whether or not your brand of ranitidine is included in lawsuits, make sure to contact a lawyer.

Zantac lawsuits are now approaching the trial stage. Judges in California and Florida have scheduled the first bellwether trials. Superior Court of Alameda Judge Evelio Grillo has set the start date for the first bellwether in the California Ranitidine Product Cases JCCP 5150 for February 2023. Bellwethers in May, August and October will follow.

While the California trial is the first to be scheduled, trials in the MDL in Florida will start in July 2023. More Zantac trials in state cases could also begin in Illinois, Minnesota, New Jersey, New York, Oregon, Pennsylvania, Tennessee, Texas and Washington.

The federal MDL in Florida has a little over 2,000 cases pending as of Oct. 14, 2022. These cases have gone through Daubert hearings. In these hearings, the judge allowed plaintiffs to submit extra expert scientific reports. Now, both sides will explain how this evidence impacts the science of how ranitidine may cause cancer.

Has There Been a Zantac Settlement?

There have been no Zantac settlements or jury verdicts in Zantac federal MDL litigation, but a plaintiff in Illinois, Joseph Bayer, voluntarily dismissed his state case before his trial after several generic manufacturers offered to settle the claim for more than $500,000.

Typically, bellwether trials help plaintiffs and defendants understand how much a case may be worth. Bellwethers in 2023 in California and Florida could provide more insight into a potential global settlement.

Potential settlement amounts are based on a claimant’s injuries, monetary damages and other unique factors. Lawyers speculate that individual Zantac lawsuit payouts could be worth hundreds of thousands of dollars because people who took Zantac could claim the drug caused cancer.

In November 2022, GlaxoSmithKline set aside £40 million, or about $45.9 million, for litigation costs, but it didn’t factor in settlements.

Does Zantac cause cancer?
Studies have linked Zantac’s active ingredient, ranitidine, to an increased risk of cancer. Bladder cancer has the strongest link. But there has been no definitive evidence that the drug causes cancer side effects.

Has Zantac been recalled?
Zantac made with ranitidine was recalled in 2019 because of NDMA contamination. Manufacturers withdrew the drug from the market in 2020. No ranitidine products are available in the U.S. But the recalls did not affect the new formulation of Zantac 360 made with famotidine, which is still available.

Zantac Lawsuit Facts
Please seek the advice of a medical professional before making health care decisions.
Share This Page:
Related Pages
TELL US WHAT YOU THINK

On This Page
Zantac Lawsuit Facts
Related Pages
Diagnosed with bladder cancer after taking Zantac?
Review My Case For Free
Who Am I Calling?