FDA: Pradaxa Should Not Be Used in Patients with Mechanical Heart Valves 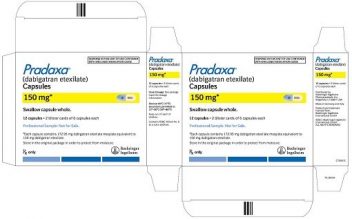 The Food and Drug Administration (FDA) issued a Drug Safety Communication recently informing the public and health care professionals that the blood thinner Pradaxa (dabigatran) should not be used in people with mechanical heart valves.

Forbes reported that the drug’s manufacturer, Boehringer Ingelheim, has told its Pradaxa clinical trial investigators that it will be sending a Direct Healthcare Professional Communication (DHPC) – also known as a “Dear Doctor Letter” – to health care professionals. The letters are based on the FDA’s recent decision and will inform doctors that Pradaxa is contraindicated in patients with mechanical heart valves.

In Europe, the Committee for Medicinal Products for Human Use (CHMP) of the European Medicines Agency (EMA) also recommended that the drug should not be used in patients with artificial heart valves. This announcement came a week before the FDA’s Drug Safety Communication.

The FDA and EMA made their recommendations based on the findings of the RE-ALIGN clinical trial. The Boehringer-sponsored trial was stopped prematurely when participants with mechanical heart valves using Pradaxa began experiencing strokes, heart attacks and blood clots forming on valves. The same risk of these side effects did not apply to those using warfarin. There was also a higher incidence of bleeding after valve surgery in those using Pradaxa.

The trial included 400 patients with mechanical heart valves and was supposed to take place over a span of 12 weeks. Boehringer was quick to defend the drug’s safety profile. Forbes quoted the drugmaker as saying that the RE-ALIGN news does not “affect the positive benefit/risk profile of Pradaxa 150 mg for the current labeled indication” and that “RE-ALIGN is evaluating a different patient population.”

In addition to this latest setback for the German drugmaker, the company also faces a number of lawsuits from people who suffered uncontrollable bleeding while taking Pradaxa. In some cases, the bleeding was fatal. Plaintiffs accuse Boehringer of releasing a faulty drug and concealing the known risks.

While warfarin also causes bleeding, doctors can administer a vitamin K-based antidote to reverse bleeding effects. In 2011, deaths attributed to Pradaxa numbered in the hundreds, while only 72 people died from warfarin.

The first bellwether trials for the federal cases in multidistrict litigation (MDL) are scheduled for 2014.