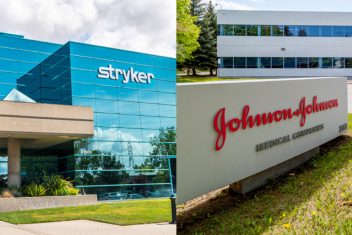 A look at the top hip implant new stories this week includes: new information shows the DePuy ASR hip was recalled for failing to meet “clinical expectations”; the Food and Drug Administration sends a warning letter to Stryker; and a new study shows levels of metal ions in the blood may predict hip implant failure.

Andrew Ekdahl, president of Johnson & Johnson’s DePuy division, told a Chicago jury in the latest DePuy ASR trial that nearly 100,000 of the hip implants were recalled because the “revision rate was not acceptable” and the product failed to meet “clinical expectations,” Bloomberg reported.

Ekdahl gave his statement on the third day of the state trial where plaintiff Carol Strum – an Illinois nurse – claims that DePuy’s ASR hip is faulty and caused her to suffer serious injuries. The trial is the second out of nearly 11,000 pending lawsuits.

J&J recalled the ASR in 2010 after studies revealed it had a 13 percent failure rate within five years, requiring patients to undergo additional surgeries. At the trial, Ekdahl was asked about a document signed by top DePuy officials indicating the device was recalled because it was a “defective product that would affect performance and/or cause health problems.”

At the beginning of March 2013, the first DePuy hip trial ended in an $8.3 million verdict for plaintiff Loren Kransky, who claimed his hip implant gave him metal poisoning.

The Food and Drug Administration (FDA) sent a warning letter to Stryker for failing to notify the agency of a product recall and selling the Neptune Waste Management System without 510(k) clearance. The Fortune 500 company told Dow Jones Business News that it intends to cooperate fully with the FDA and has already begun to resolve matters with the agency.

The lawsuits allege the products are defective and that Stryker failed to warn of the risk of excessive metal debris flaking off the implants and entering patients’ bloodstreams.

The amount of cobalt in the blood is a significant risk factor for hip implant failure, according to a new study published in March 2013 in the BMJ Open.

Currently, testing is recommended only for patients with symptoms, but the study authors said it should also be considered for any patients with metal-on-metal hip implants. Langdon said the testing could help doctors pick up serious problems with these types of implants before they occur.

The study also found that women and any patients with DePuy ASR devices were “seemingly more at risk when exposed to equivalent doses of metal debris.”