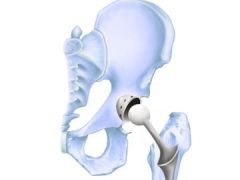 As of August 2019, there were nearly 2,000 Stryker hip replacement lawsuits in state and federal courts. Stryker agreed to a confidential settlement of lawsuits over its LFIT V40 Femoral Head in 2018. The company paid $2 billion in 2014 to settle Rejuvenate and ABG II hip lawsuits. Now, attorneys are investigating complications related to the company’s Tritanium Acetabular Shells.

We value your privacy. By submitting, you agree to our privacy policy and disclaimer. After submitting, you will be contacted by one of Drugwatch's trusted legal partners. This is legal advertising.
Last modified: July 29, 2020
Fact Checked
Legally Reviewed

At least six models of Stryker hip replacements or their components have been named in lawsuits. Three brands — Rejuvenate, ABG II, and LFIT Anatomic CoCr V40 femoral heads — have been included in federal mass litigations.

The devices, which are designed to replace a person’s hip socket, are supposed to fuse to your own bones by encouraging bone growth, but they don’t always work. Sometimes the hip implants loosen shortly after surgery, causing pain that can only be fixed through more surgery.

If you’ve had a Tritanium hip device implanted within the past five years and are experiencing pain or have been told you need a revision surgery, you may want to speak with a lawyer.

A hip replacement should last decades — not months — and revision surgeries are expensive and painful. You may be entitled to compensation for your medical bills, pain and suffering and other expenses.

Stryker and lawyers for plaintiffs suing the company over its LFIT V40 Femoral Head announced an initial settlement agreement on November 2, 2018. As of August 2019, there were still 689 lawsuits pending in the mass litigation in a Minnesota federal court.

Federal court documents confirmed that the agreement would include another 100 lawsuits combined in a New Jersey multicounty litigation (MCL).

Terms of the settlement were confidential as both sides finalized an agreement.

Injured by a Stryker Rejuvenate hip implant? Get a Free Case Review

In 2014, Stryker agreed to pay $1.43 billion to settle thousands of cases. It extended the settlement to more patients in 2016, raising the total settlement amount to somewhere between $2 billion and $2.2 billion. The average amount paid for each problematic hip implant was $600,000.

Under the settlement, the deadline to file a lawsuit over those hip replacements was March 2017. Stryker expected all settlement payments to be delivered by the end of 2017.

As of August 2019, there were still 1,209 lawsuits pending in a Minnesota federal court as part of the Rejuvenate and ABG II multidistrict litigation. Almost 800 cases over ABG II hip replacements were also still pending in a New Jersey multicounty litigation in May 2018.

Stryker had recalled nearly 44,000 Rejuvenate and 9,000 ABG II implants in April 2012. The company sent out an Urgent Field Safety Notice that warned “fretting and/or corrosion” could lead to “metallosis, necrosis, and/or pain” for people implanted with the devices.

Mern Direnzo received the Accolade TMZF and LFIT Anatomic V40 Femoral Head in October 2009. Following the hip replacement, blood tests showed high levels of metal ions in her blood and urine. She underwent a revision surgery to remove the device. Direnzo filed a lawsuit in 2014.

“[Stryker] failed to adequately design and manufacture the device to insure that it would not fret, corrode, erode, deteriorate and induce severe metal toxicity in patients,” Direnzo’s attorneys wrote in her complaint.

A 73-year-old man in Boynton Beach, Florida, filed a lawsuit after he required revision surgery less than two years after receiving a Stryker hip replacement. Branko Obradovic told the Palm Beach Post in 2013 that he couldn’t sit for long periods of time and getting out of a car was an ordeal.

“I’m very angry about the whole thing,” Obradovic said. “They should know what they are putting in someone’s body.”

Tracy Sponer of North Little Rock, Arkansas, had a Rejuvenate hip implanted on Sept. 6, 2011. A year later, she was forced to have revision surgery after the hip failed. In her lawsuit, Sponer claimed the device failure and subsequent revision surgery had resulted in ongoing mental and physical pain.

Her complaint accused Stryker of “flagrant disregard for human life” and asked the court to award punitive damages to punish the company.