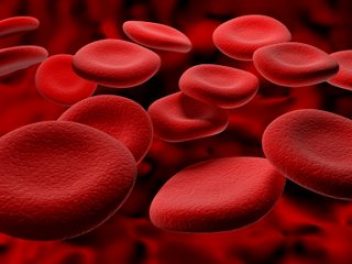 Anticoagulants like warfarin, Pradaxa and Xarelto are considered effective treatments for preventing blood clots in people with heart and blood vessel diseases. But the drugs can also cause excessive bleeding.

Balancing the benefits of anticoagulants against excessive bleeding risks is a challenge for medical researchers and clinicians. That’s why the U.S. Food and Drug Administration (FDA) and the Cardiac Research Safety Consortium (CRSC) hosted a “think tank” aimed at addressing the risks and benefits of these blood thinners.

Patients who have taken the blood thinner warfarin, also known as Coumadin, know the drug requires careful management. Although it’s considered an effective treatment for preventing blood clots, it can also lead to excessive bleeding if not monitored properly. Warfarin patients must maintain steady activity and diet routines, especially concerning their vitamin K intake, and must have their blood tested regularly in order to adjust the dosage properly.

But since the drug decreases the ability to form clots, a warfarin patient could experience severe, possibly fatal, blood loss. Doctors use reversal measures to avoid fatal hemorrhaging. Examples of reversal methods include administering vitamin K or fresh frozen plasma, as soon as possible.

Newer treatments, known as Novel Oral Anticoagulants (NOACs) are considered easier to manage than traditional anticoagulants like warfarin. NOACs include Pradaxa, Xarelto and Eliquis. Despite their relative ease of use, they still pose a risk of excessive bleeding. They also had a serious disadvantage when compared with drugs like warfarin: They could not be reversed.

According to a think tank presentation from Dr. Christopher Granger of the Duke Clinical Research Institute, “The availability of reversal agents would improve the implementation and comfort with … anticoagulants.” The need for more comfort is understandable since, for patients taking blood thinners, doing a common activity can seem like dodging a land mine.

Common over-the-counter painkillers can pose serious risks for people on anticoagulant therapy. It’s been long known that aspirin can double the risk of bleeding in patients taking anticoagulants. But it’s been less clear whether non-steroidal anti-inflammatory drugs (NSAIDs) carry similar risks. Examples of NSAIDs include Advil, Aleve and Motrin.

According to an April 2014 study published by the JAMA Internal Medicine, patients with venous thromboembolism who receive anticoagulant therapy are at increased risk of major bleeding after taking an NSAID or aspirin. Compared with patients who did not take the painkillers, the risk in those who took a NSAID increased 2.4 times, and the risk in those who took aspirin increased 1.5 times. A quarter of the patients who took painkillers experienced major bleeding within eight days.

The FDA approved Pradaxa as a new anticoagulant therapy in 2010. Drugmaker Boehringer Ingelheim claims that it is a superior alternative to warfarin, which has long been the most widely prescribed blood thinner. Pradaxa is widely praised for not requiring as much monitoring as warfarin.

Indeed, that’s what Ruth Shoemaker was told before she began taking Pradaxa. But according to a story by ABC 7 News in Denver, she took the prescription drug for about six months before being hospitalized for severe internal bleeding in 2011. The FDA began a post-market review of Pradaxa after several patients came forward with similar complaints of excessive bleeding.

But in 2012, the FDA reported that bleeding rates associated with Pradaxa did not appear higher than those associated with warfarin. At the time, critics pointed out that the newer drug is actually more dangerous because, unlike warfarin, excessive bleeding from Pradaxa could not be reversed. Pradaxa patients who suffered internal bleeding had to have a blood transfusion or dialysis to rid their systems of the drug. It’s hard, if not impossible, to treat patients in time to control the bleeding and save their lives.

The FDA did not recall the drug or require better warnings for NOACs. In fact, in the wake of its April think tank session that discussed the need for reversal agents, the FDA released a study that it generally considered reassuring to Boehringer Ingelheim.

The FDA’s May 2014 study looked at more than 135,000 Medicare patients over age 65. Of the new blood thinner patients, those who took Pradaxa experienced lower risk of clot-related strokes, bleeding in the brain and death than warfarin patients. Meanwhile, the risk of major gastrointestinal bleeding was higher with Pradaxa use than with warfarin use.

According to the FDA, its most recent study is based on a larger, older patient population and uses more sophisticated analysis than its 2012 report. But that will likely do little to reassure critics.

With little action from the FDA, thousands of injured consumers turned to the courts to file lawsuits against Boehringer Ingelheim. They alleged the drugmaker failed to adequately warn patients and doctors that Pradaxa had no reversal agent. A judicial panel centralized more than 2,200 federal Pradaxa bleeding lawsuits in the U.S. District Court for the Southern District of Illinois.

The first plaintiff scheduled for trial was Suzanne Mackiewicz. She was suing Boehringer Ingelheim on behalf of her mother, Malachy Higgins. Higgins, a New York woman, was prescribed Pradaxa in November 2011 to reduce the risk of stroke and systemic embolism. In January 2012, she suffered fatal bleeding.

According to the complaint, Higgins’ doctor received promotional materials and information from sales representatives stating that Pradaxa was more convenient and effective than warfarin. But her doctor was not adequately warned that Pradaxa lacked a reversal agent to control bleeding, the claim read. The lawsuit also said the drugmaker failed to warn emergency room physicians and surgeons that there was no effective way to stabilize Pradaxa patients who experienced uncontrolled bleeding.

Xarelto the next Pradaxa?

The FDA approved Xarelto one year after Pradaxa. The drug’s manufacturers, Johnson & Johnson and Bayer, secured approval for a once-a-day dosage. All other NOACs must be taken at least twice per day.

But reports of patients who experienced uncontrollable bleeding grew, and those harmed complained they were never warned about a lack of an antidote for Xarelto.

Thousands of plaintiffs filed Xarelto lawsuits against the drugmakers, which were consolidated to courts in Louisiana and Philadelphia. The first cases are scheduled for 2017.

As the controversy continues over whether the FDA and drugmakers are doing enough to warn about the risks of using irreversible anticoagulants, the FDA has approved a new class of blood clot drugs. On May 13, the FDA approved Zontivity as the first protease-activated receptor-1 (PAR-1) antagonist.

Zontivity is used to decrease the risk of heart attack and stroke in people who have clogged arteries in their legs or who have already had a heart attack. It is intended to supplement other therapies and works by reducing the tendency of blood platelets to clump and form a blood clot. According to the study that helped lead to its approval, Zontivity reduces these risks from 9.5 percent to 7.9 over the course of three years.

Although Zontivity represents a different drug class than drugs like Pradaxa and warfarin, it carries similar risks. Since it stops blood platelets from clustering, it also increases the risk of bleeding. So patients who are prescribed Zontivity should talk to their doctors to find out more about the bleeding risk.