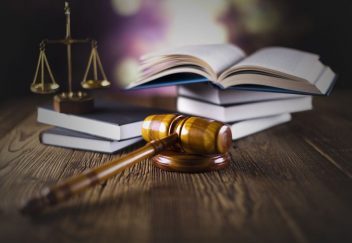 Big Pharma started 2015 with the news that two U.S. courts consolidated groups of Xarelto lawsuits that claim the blood thinner caused severe bleeding, some of which caused drug recipients to die.

An oral blood thinner developed and sold by Bayer and Johnson & Johnson’s Janssen Pharmaceuticals, Xarelto (rivaroxaban), hit the U.S. market in July 2011 and quickly grew into a popular alternative to an older medication, warfarin. The drug’s makers marketed the drug as superior to warfarin.

Unlike warfarin, Xarelto has no dietary restrictions or blood tests but causes more gastrointestinal bleeds. This excessive bleeding led to serious complications, and patients and families soon turned to litigation as compensation for damages.

The first consolidation order came in December 2014 when the U.S. Judicial Panel on Multidistrict District Litigation (JPML) transferred about two dozen cases in Louisiana federal court. The defendants, drug giants Bayer and Johnson & Johnson’s Janssen Pharmaceuticals unit, claim there were not enough similarities to go ahead with the order, but the panel disagreed.

“While we agree that these actions present a number of individualized factual issues, the existence of such issues do not negate the common ones,” the JPML panel stated in its consolidation order.

Among the claims made by multiple plaintiffs in the court filings is that Xarelto’s labeling did not warn consumers strongly enough about severe bleeding risks. Plaintiffs also take issue with the medication’s clinical trial results.

“We will defend against the claims raised in this litigation. Xarelto is an important anticoagulant used to treat and reduce the risk of life-threatening blood clots,” Janssen Pharmaceuticals said in a statement.

The mass tort program is similar to multidistrict litigation and is also intended to make the process more efficient, and plaintiffs’ lawyers hope it will lead to a quicker resolution to the claims.

“The creation of a mass tort program benefits the court system and the parties by eliminating duplicative discovery, inconsistent rulings and promoting the efficient prosecution and resolutions of similar cases,” attorney Michael Weinkowitz said in an email to The Pennsylvania Record.

According to court documents, the U.S. Food and Drug Administration (FDA) received more than 1,000 adverse events in the drug’s first year on the market, including several bleeding deaths.

Bleeding Antidote Soon May Be Available

One of the issues with drugs like Xarelto and other blood thinners like Pradaxa ­­– a drug also plagued by bleeding lawsuits that settled last year for $650 million – is that they don’t have an antidote. Patients are more likely to suffer fatal injuries because emergency doctors have no way to stop bleeding. If a patient on these drugs requires emergency surgery, the probability of complications increases.

In early January, Portola Pharmaceuticals announced that its experimental intravenous drug, andexanet alfa, reversed the effects of Xarelto and another anticoagulant, Eliquis. In 2013, the FDA gave the antidote breakthrough therapy status. The company says it expects to receive more data by mid-2015. The late-stage study included healthy people ages 50 to 75 who took Xarelto.

In the meantime, Bayer continues to pursue more approved uses for Xarelto. The company announced this week it would study Xarelto in patients who suffered a recent embolic stroke, Reuters reported.