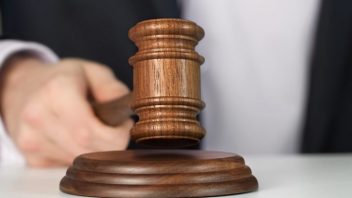 On March 5, 2018, Judge Rachelle Lea Harz denied Ethicon’s motion to reverse the verdict and hold a new trial. The mesh maker did not warn about the risks of the Prolift and TVT-O devices, Harz ruled.

Elizabeth Hyrmoc is the plaintiff in the case. The 71-year-old woman’s lawsuit claimed Ethicon’s mesh devices were defective and the company failed to warn about risks. She said she suffered from an inability to have sex, vaginal erosion and chronic pain after receiving the device.

After the two and a half week trial, the jury awarded Hyrmoc and her husband $15 million in damages.

Minutes after the jury announced the verdict, Ethicon said it would appeal, NorthJersey.com reported.

“Ethicon intends to appeal this verdict, as we believe that the evidence showed that the company appropriately informed surgeons of pertinent complications and that the products were properly designed and studied,” a company spokeswoman told the news outlet.

The mesh maker had appealed an earlier $11 million verdict awarded to Linda Gross in New Jersey.

Hyrmoc is one of several thousand women who sued Ethicon over faulty mesh implants in state and federal courts across the country.

Ethicon still faces over 13,600 federal lawsuits over its mesh products. At one time, the number was about 40,000.

Other mesh manufacturers have already settled thousands of cases. For example, American Medical Systems settled about 40,000 cases for an estimated $2.6 billion in 2017.

So far, J&J and Ethicon have yet to offer any mesh settlements.