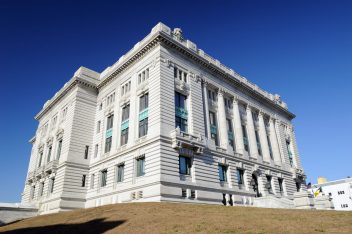 A state court jury in Hackensack, N.J., has ordered a subsidiary of Johnson & Johnson to pay $15 million to a woman who says she was injured by a faulty pelvic mesh implant.

Jurors awarded Elizabeth Hrymoc $4 million for pain and suffering, $1 million for loss of conjugal affection and $10 million in punitive damages, according to a report in northjersey.com.  Jurors deliberated most of the day, Thursday, December 14, after an almost three-week trial, according to CVN, Courtroom View Network.

Hrymoc, 71, was implanted with Ethicon’s Prolift mesh device in 2008 and testified during a trial that since the surgery, she suffers from chronic pain, according to the news website.

This is not the first jury to hit Ethicon over Prolift. In 2013, a federal jury in New Jersey ordered the company to pay $11.11 million to Linda Gross, who had to undergo 18 revision surgeries after her implant. $7.76 million of that award was punitive damages.

Gross, too, said she suffered from near constant pain and had trouble sitting following her implant. Evidence in that trial included internal J&J documents showing officials had knowledge that the mesh posed a risk of pain and injuries for women.

Hrymoc had the Prolift and transvaginal tape implanted after suffering from incontinence. She underwent several corrective surgeries.  Prolift was removed from the market in 2012.

Jurors determined the Prolift, and not transvaginal tape, caused Hryomoc’s injuries. However, it found that Ethicon failed to provide adequate warnings about both products.

Evidence in the trial included a brochure given to Hrymoc by her doctor showing there was a “small risk” the implant would be exposed to the vaginal canal. Attorney Adam Slater introduced documents from Ethicon researchers suggesting a much higher risk.

Slater argued during summations that Ethicon showed “willful and wanton” disregard for what would happen to patients given the implants.

Attorneys for Johnson & Johnson argued that the product, while imperfect, had been tested sufficiently and that Hyrmoc knew the risks when she agreed to the surgery. The company maintains the product has helped thousands of women who would have required riskier, more invasive surgery.

At least 9,000 transvaginal mesh lawsuits have been filed against Ethicon in New Jersey Superior Court. The cases are being managed as part of multicounty litigation, according to the law firm representing Hrymoc, Bernstien Liebhard.

This is the first N.J. state court case to go to trial since Gross’ verdict. Another trial involving manufacturer C.R. Bard is scheduled for trial in January.

Ethicon and J & J are facing more than 50,000 similar lawsuits around the U.S.