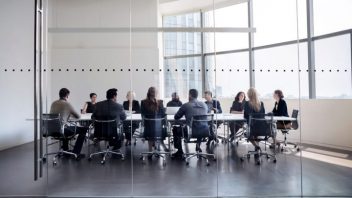 FDA’s Center for Devices and Radiological Health (CDHR) sought public comment on changing current regulations. Some of the suggestions they got seem logical enough, such as replacing paperwork with more efficient digital communication. But some suggestions on the industry wish list would let companies make profits while patients pay a price.

Johnson & Johnson wants to get “life-saving” Class III medical devices on the market more quickly. Class III devices are the most complicated ones out there. Implantable defibrillators are an example. These devices currently have to go through the most stringent tests to win FDA approval.

J&J wants the FDA to let companies market Class III medical devices in the U.S. if the European Union approves them.

But there are differences in the U.S. and European approval process. Dr. Gail Van Norman, in a 2016 article in the Journal of the American College of Cardiology, pointed out these stem from the core nature of the different regulatory agencies.

“The FDA historically developed as a consumer protection agency, whereas the regulations from the European Commission arose out of a need to harmonize inter-state commercial interests while preserving national ‘autonomy,’” Van Norman wrote.

This idea could also rush some products to market with less testing. Manufacturers would monitor the devices after people are already using them, and then figure out how safe the devices are.

This process would fast track devices to market. And the idea of fast-track approval may sound great – unless you’re standing on the tracks. We’ve been down this road before.

J&J’s recommendation smacks of expanding the worst elements of the FDA’s 510(k) clearance process to the most sensitive medical devices. The 510(k) process allows a company to market certain medical devices if it can show the new product is “substantially similar” to one already approved. The process has been around since the 1970s. It was designed for an era when technology was much simpler. It is frequently criticized as being overwhelmed by current capabilities.

Pelvic mesh illustrates one of the most shocking shortcomings of the 510(k) process. The first modern pelvic mesh to gain FDA clearance was the ProteGen Sling in 1996. Boston Scientific pulled it off the market just three years later because of safety issues. But other companies had used ProteGen as an example to clear their “substantially similar” versions of mesh. Companies since then have used those models as examples to win approval.

Today, pelvic mesh is under international scrutiny from New Zealand to the UK and has been the subject of 100,000 lawsuits here in the U.S. But thanks to the 510(k) process, practically every pelvic mesh available in America today can trace its approval back to the original brand pulled off the market for safety concerns.

While Johnson & Johnson wants to get devices to market sooner, Abbott Laboratories’ wish list includes an idea that could keep faulty medical products on the market longer.

Current regulations require manufacturers to report a device malfunction to the FDA within 30 days after they become aware of a problem. Abbott wants the deadline stretched to 60 days for malfunctions that don’t result in death or serious injury.

“A longer timeframe would permit manufacturers to complete investigations prior to reporting to FDA, avoiding reporting of events that do not meet the threshold for reporting, reducing burdens on manufacturers, and improving FDA’s surveillance of device safety,” Abbott wrote in its comment.

The problem here is that companies have already been slow to report problems.

In 2016, the Minneapolis Star Tribune discovered more than 300,000 overdue adverse event reports from medical product manufacturers to the FDA.

It said the problem was so common that the FDA even created a “retrospective summary reporting program” for the late filers. The special program effectively let companies hide these late reports. That included 75,000 reports of malfunctions in a single brand of drug pump.

The FDA actually allowed manufacturer Baxter International to combine all those reports into a single summary.

And the FDA is considering expanding the program. The plan would let manufacturers bundle similar complications into summaries and submit them quarterly.

“When companies have submitted summary reports in the past, it has resulted in less transparency, with neither FDA nor the public able to have access to adequate information about patients who have been seriously harmed by medical devices,” Jack Mitchell, director of health policy at the National Center for Health Research, told the Star Tribune in February 2018.

These are just two of the ideas industry and their trade groups have suggested for rewriting regulations. In weighing patient safety against regulatory burdens, the FDA cannot allow industry to put a thumb on the scale. Yes, rules do have a financial cost. But defective medical devices can cost patients their health or their lives.