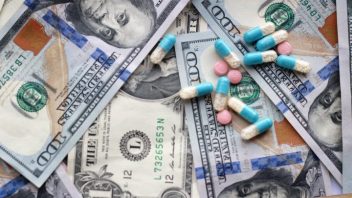 At a time when prescription drug prices are rising, some lawmakers think the government should stop giving tax deductions to pharmaceutical companies’ advertising expenses.

This is a battle that has gone on for years, with various proposals to eliminate the tax deductions being proposed and never moving forward.

The latest is from U.S. Sen. Claire McCaskill, D-Missouri, who says taxpayers subsidized more than $6 billion in drug companies’ fully tax-deductible advertising expenses in 2015. McCaskill is proposing legislation to end the deduction. The legislation is co-sponsored by Sen. Jeanne Shaheen, D-New Hampshire.

“Drug companies have too much influence in Washington,” McCaskill said in a news release. “So it figures we are one of the only nations in the world that allows both advertising of prescription drugs to consumers and allows those ads to be subsidized by taxpayers. I’m determined to fight these high drug prices and a good first step would be to stop subsidizing their ads for drugs that must be prescribed by a doctor.”

Only the U.S. and New Zealand allow prescription drug advertisements.

Another Attempt that Failed

McCaskill tried during negotiations over the recent tax overhaul to introduce an amendment that would eliminate pharma’s advertising tax deduction. But the amendment was not added to the legislation.

Previously, former Sen. Al Franken, D-Minnesota, tried more than once to introduce a bill eliminating the deduction. His efforts, which were joined by three other Democratic senators, never bore fruit.

Defenders of the pharmaceutical industry say it’s not fair — and possibly unconstitutional — to target, just one sector while other companies continue to be able to deduct their marketing costs.

A spokeswoman for PhRMA, the lobbying group for pharmaceutical companies, advanced several arguments against the proposal in an email to DrugWatch.

Drugs’ consumer advertising, PhRMA’s Holly Campbell said, provides a valuable service. She cited a 2004 Harvard University/Massachusetts General Hospital survey that showed a quarter of adult patients who visited their doctor after seeing an ad for a prescription product received a new diagnosis. Nearly half of the diagnoses, she said, were for “high priority” conditions, including high cholesterol, hypertension, diabetes and depression.

In 2016, however, Harvard’s T.H. Chan School of Public Health and Stat surveyed consumers and found that 57 percent supported removing prescription drug advertisements from television, while 39 percent opposed removing them.

The American Medical Association in 2015 called for a ban on consumer advertising of prescription drugs. The decision reflected “concerns among physicians about the negative impact of commercially-driven promotions, and the role that marketing costs play in fueling escalating drug prices,” said AMA Board Chair-elect Dr. Patrice A. Harris. “Direct-to-consumer advertising also inflates demand for new and more expensive drugs, even when these drugs may not be appropriate.”

Campbell of PhRMA said some complaints about drug marketing are misinformed. “Critics of DTC (direct-to-consumer) advertising claim biopharmaceutical companies spend more on marketing and advertising than on R&D, but the biopharmaceutical sector is among the most research-intensive of all sectors of the economy,” she said. “Comparisons between spending on research and development and health care communication efforts can be misleading. Since 2000, PhRMA member companies have invested approximately half a trillion dollars in the search for new treatments and cures.”