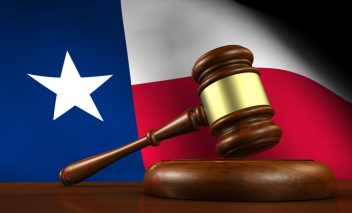 Pavlock received the Celect filter in 2015. A surgeon implanted the filter to prevent blood clots from reaching Pavlock’s heart and lungs.

The Celect IVC filter was temporary. Doctors planned to remove the filter when the blood clot danger passed.

But doctors were unable to retrieve it seven weeks later. The filter moved and embedded itself in a blood vessel. The Celect filter’s legs also perforated Pavlock’s aorta and small intestine.

The filters are cage-like devices designed to catch blood clots. Doctors place them in the inferior vena cava, which is the largest vein in the body.

Cook’s Celect model is a retrievable version of IVC filter. The FDA recommends removing the filter between 29 and 54 days after implantation.

Complaints say the devices embedded themselves in the inferior vena cava. Other reports say the filters migrated through the body and perforated blood vessels or organs.

There are more than 8,000 IVC filter lawsuits in federal court. They claim IVC filters caused serious complications or death.

Most of the lawsuits are part of two federal multidistrict litigations (MDLs). MDLs combine similar lawsuits to move them more efficiently through the legal process.

Bellwether trials are underway in both MDLs. Bellwethers are “test cases.” Courts try a few, representative lawsuits in the MDL. The outcome can help both sides gauge their arguments.

Bellwethers can lead to settlements. Or they can influence people to drop their lawsuits.

Bard lost its first bellwether in March. A jury awarded $3.6 million to a woman who claimed a Bard IVC filter injured her.

Pavlock’s lawsuit was not part of the MDLs. Pavlock filed his lawsuit in state court in Texas.