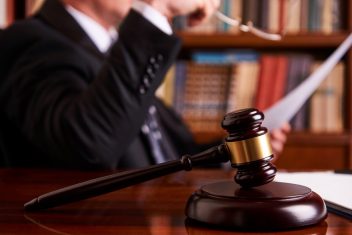 C.R. Bard isn’t getting out of paying $3.6 million to a woman who said an IVC filter broke and injured her. A jury ordered Bard to pay the award back in March. A judge this month denied Bard’s request for a new trial.

The outcome of the early trial could affect the more than 4,000 IVC filter lawsuits Bard faces in federal court.

The case is known as a bellwether case, or test case. Lawyers on both sides use the trial to gauge the strength of their arguments. It could lead to cases being settled or dismissed.

IVC Filters Can Cause Complications


Patients suing Bard claim the device is defective. They say Bard failed to warn consumers and their doctors about increased risks associated with its IVC filter.

IVC filters are intended to protect the heart and lungs in patients at risk for potentially life-threatening blood clots. The devices are designed to be permanent.

But in 2014, the U.S. Food and Drug Administration recommended doctors remove IVC filters when the risk of blood clots has subsided.

The FDA received hundreds of reports of problems linked to IVC filters. The agency determined IVC filter complications can occur when the device is left in place long-term.

Bard argued for a new trial in April following its IVC filter lawsuit loss. The device maker claimed that the evidence was lacking.

It also called the verdict inconsistent. Bard pointed out that the jury sided with the plaintiff on a failure to warn claim but also separately found that the manufacturer warned of the device’s risks.

In the court’s denial, the judge stood by the verdict. The court found that the plaintiff presented “sufficient evidence” for the jury to “reasonably” find that Bard’s G2 filter failed at higher rates than other filters, including another Bard IVC filter.

Evidence presented during trial included reports sent to Bard within two months after the product hit the market. They detailed instances of filter migration.

An engineer for Bard also testified that the device’s design was faulty. He said this led to a higher likelihood of tilting, perforation and fracture.

The court determined that Bard downplayed these risks rather than adequately warning doctors.

The judge decided that Bard waived its right to object after-the-fact to inconsistent verdicts. The manufacturer did not previously object to the given jury instructions, verdict form and the verdict itself.

Bard won a different IVC filter lawsuit June 1, 2018. The jury in that trial determined the company adequately warned doctors of risks and complications.