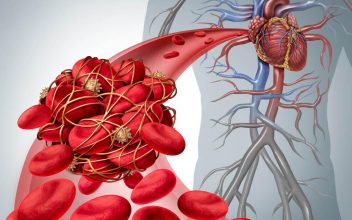 A new study found certain patients may be more likely to die within 30 days of receiving an IVC filter.

These were people with venous thromboembolic (VTE) disease and those who cannot take blood thinners. VTE includes deep vein thrombosis, pulmonary embolism or both.

The researchers adjusted for several factors. Afterwards, they found an 18 percent increase in the risk of death within 30-days. Their study appears in JAMA Network Open.

IVC filters are cage-like devices. They prevent blood clots from reaching the heart or lungs. Surgeons place the devices in the inferior vena cava (IVC), the largest vein in the body.

Thousands of people have filed lawsuits over the devices. The suits claim people suffered serious injuries from the devices.

An editorial accompanied the study in JAMA Open Network. It said the research highlighted “a scarcity of evidence” for IVC filter use.

“We believe the greatest value of the study is to call out how limited our current evidence base is to support such a commonly used device,” the editorial’s authors wrote.

The authors also challenged the medical and research communities to “demand higher-quality studies.”

Doctors implant about 100,000 IVC filters every year. But the study’s authors argued that there is not much data on the filter’s safety and effectiveness.

The researchers called for randomized clinical trials of IVC filters. They wrote this could help the medical community better know how safe and effective the filters are.

IVC Complications Can Be Serious

IVC filter complications include device fracture. Small pieces may migrate through the body. They may puncture blood vessels or organs. And they may damage the heart or lungs.

In some cases, the whole filter has migrated to another part of the body. This makes it difficult or impossible to remove.

Manufacturers have seldom issued IVC filter recalls for complication risks. The last time was in 2005 for a Boston Scientific model.

The company recalled 18,000 filters because a defect could cause blood clots in the heart or lungs. Most recalls since 2005 were for labeling or packaging errors.

Doctors may implant IVC filters in patients at risk of a pulmonary embolism (a blood clot in the lungs). The filters are an option when patients can’t take blood thinners.

The U.S. Food and Drug Administration reviewed the issue in 2010 and again in 2014. The agency said surgeons should remove retrievable IVC filters between 29 and 54 days after they are implanted.

More than 8,000 people have filed IVC filter lawsuits over serious complications. Most are part of two multidistrict litigations (MDLs). One involves Bard. The other involves Cook Medical.

The case was a bellwether trial scheduled for court in September. Bellwether trials are test cases drawn from the different lawsuits. They test both sides’ arguments at trial. They can sometimes determine if the cases are worth pursuing. Or their outcomes can help both sides negotiate a settlement.