It was a dramatic moment — a selfless act he hoped would fulfill his wife’s dream of having a baby. But, was Toby’s (Chris Sullivan) impulsive decision to flush his antidepressants down the toilet at the start of Season 3 of “This Is Us” another one of his grand gestures or a potentially dangerous mistake?

A fertility doctor had suggested to Toby and his wife, Kate (Chrissy Metz), that Toby’s low sperm count might be caused by his medication. But what Toby did not consider (or may not have known) is that quitting an antidepressant suddenly can cause an array of troubling symptoms, including irritability, anxiety, insomnia and nausea — not to mention a relapse of depression.

Antidepressants aren’t the only drugs that can cause serious problems if you get off them too quickly. Everything from steroids to painkillers to blood pressure medications can cause trouble if you stop them abruptly. (We take a closer look at some specific medications below).

That’s why it’s crucial to consult with your doctor before deciding to stop a medication. He or she can advise you on the benefits and risks of getting off a medication — and, if need be, develop a tapering regimen to help you safely stop taking a drug.

Why People Abruptly Stop Their Meds

Toby isn’t alone. In a 2017 poll by NPR-Truven Health Analytics, nearly one-third of people surveyed said they’ve stopped taking a medication without talking to their doctor first. And cost, it turns out, wasn’t the top reason.

In many cases, patients were troubled by unwanted side effects, or felt they didn’t actually need the drug they’d been prescribed. In other cases, they stopped taking their medication early because they were feeling better — a common phenomenon with antibiotics — or because they didn’t believe the drug was helping.

Women sometimes decide to stop taking any and all meds when they find out they’re pregnant. For others, it may not be a conscious decision to stop taking a medication. Forgetting to refill a prescription in time can also lead to missed doses and an abrupt discontinuation of a drug.

The Risks: Rebound and Withdrawal

There are two major problems you might encounter when trying to stop a medication suddenly.

One is called a rebound effect. It means that you might experience a return of the symptoms for which you were originally being treated. A person taking blood pressure medication, for instance, might develop rebound hypertension if they suddenly stop taking their pills.

Another problem associated with certain types of medications is withdrawal reactions. Most people are familiar with the severe withdrawal symptoms caused by opioid painkillers. But other types of drugs — including corticosteroids, antidepressants and hypnotic sleeping aids — can also cause serious withdrawal syndromes. 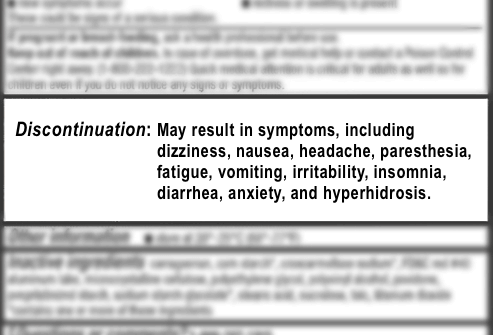 Drugs You Should Never Stop Suddenly

Fortunately, most medications won’t cause a problem if you stop them suddenly. But what many people don’t realize is that stopping certain drugs abruptly can make you sick — or, in rare instances, even kill you.

Here’s a look at some drugs that can cause serious issues if you stop them cold-turkey.

Certain types of blood pressure medications can cause dire reactions if you stop them suddenly.

Clonidine, also known by the brand name Catapres, can cause a dangerous spike in blood pressure if you suddenly quit the drug. It can even cause a stroke. Other abrupt withdrawal symptoms may include nervousness, headache and tremors. To prevent these sorts of symptoms, your doctor will probably reduce your dose of clonidine gradually over several days.

Beta-blockers, which are another common treatment for high blood pressure and various heart conditions, should also be slowly tapered. Sudden discontinuation of beta-blockers (such as metoprolol, atenolol and propranolol) can cause a spike in blood pressure and elevated heart rate. People with underlying heart disease may develop chest pain and even have a heart attack. 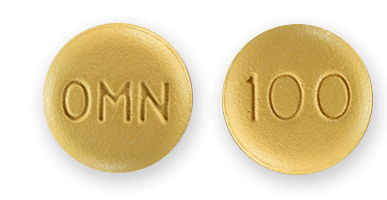 Topamax, or topiramate, is often prescribed to prevent seizures and migraine headaches. But topiramate and other anticonvulsants can bring on severe seizures if stopped abruptly. This can even happen if you’re not taking the drugs to treat seizure activity.

If you’re taking Topamax or any other seizure medication, be sure to keep track of when you need refills so you’re never caught off guard without your pills. If you don’t feel like you can tolerate the side effects of the medication, talk to your doctor. He or she can tell you how to taper off the medication safely or find a safer substitute.

Corticosteriods, such as prednisone, are potent drugs that mimic the effects of a naturally occurring stress hormone called cortisol. Their anti-inflammatory and immunosuppressive effects make them useful for treating everything from arthritis to allergies to autoimmune diseases.

But when taken for longer than two weeks at a time, steroids can suppress the function of the adrenal gland. And if a person is not tapered off the drugs slowly, the adrenal gland may not be able to produce enough cortisol for the person to function normally. This is called adrenal insufficiency.

Symptoms of adrenal insufficiency include weakness, fatigue, abdominal pain, headache, nausea, vomiting and other problems. In extreme cases, adrenal suppression can lead to a life-threatening medical emergency known as an “adrenal crisis.”

Benzodiazepines, such as alprazolam (Xanax), are some of the toughest drugs to stop taking. The anti-anxiety meds work by attaching to the brain’s GABA receptors, which cause feelings of relaxation and calmness. But over time, the brain becomes used to the presence of the drug and can’t function normally without it.

And abrupt cessation of Xanax or other short-acting benzos can cause a host of withdrawal symptoms including insomnia, muscles tremors, nausea, anxiety, panic and other mood disturbances. Severe cases can cause seizures.

If you’ve been taking benzos for more than two weeks, your doctor will probably want to taper your dosage. They might also switch you to a long-acting benzo, such as diazepam (Valium), which can lessen withdrawal symptoms.

Hypnotic sleeping medications, like zolpidem (Ambien), can cause similar problems if taken for extended periods of time. So can muscle relaxers like carisoprodol (Soma).

Opioid painkillers, such as oxycodone (Percocet) and hydrocodone (Vicodin), can quickly cause physical dependence. Like benzos, the drug binds to certain receptors in the brain and the brain gets used to the presence of the chemicals.

Stopping them suddenly can cause flu-like symptoms that include diarrhea, vomiting, body aches and severe anxiety. A tapering schedule may help a person avoid such symptoms.

According to the Centers for Disease Control and Prevention, a decrease of 10 percent per week is usually a “reasonable starting point,” but some people will need to go slower. Your doctor will create an individualized tapering plan to suit your needs

Proton pump inhibitors, such as Nexium and Protonix, are a common treatment for gastric reflux and heartburn. But long-term use of the drugs has been linked to kidney problems, bone fractures and other health problems.

Unfortunately, abruptly stopping proton pump inhibitors can cause other problems, such as rebound acid indigestion. In fact, your stomach may produce even higher levels of acid than normal because you’ve been on a PPI.

Many physicians suggest tapering your dose by 50 percent every week. You may be able to stop the PPI after a week or two at the lowest dose, but again, talk to your doctor and follow his or her advice.

Psychiatric meds, including many antidepressants, are infamous for causing significant withdrawal problems. But some meds are worse than others.

Patients who stop taking Cymbalta, or duloxetine, have reported experiencing withdrawal symptoms that include nausea, vomiting, dizziness, insomnia, nightmares and irritability. Some patients experience electric shock-like sensations in their brains, sometimes referred to as “brain shivers.”

Effexor, or venlafaxine, can cause similar withdrawal symptoms. Both Effexor and Cymbalta are what’s known as selective serotonin and norepinephrine reuptake inhibitors, or SNRIs. 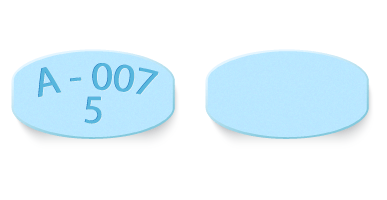 Selective serotonin reuptake inhibitors (SSRIs), such as escitalopram (Lexapro), can also cause problems if they’re not slowly tapered. So can atypical antipsychotics, such as Abilify, which are also used to treat depression.

While some people are able to quit their antidepressants with few problems, many aren’t so lucky. Nearly three-quarters of patients followed in a 2016 New Zealand study suffered from withdrawal symptoms after long-term use of antidepressants.