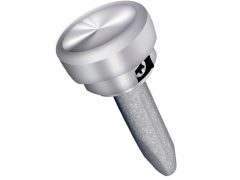 Patients filing DePuy elbow implant lawsuits claim they were seriously injured when their elbow replacements failed prematurely. Reports to the FDA and statements to lawyers allege the DePuy Synthes Radial Head Prosthesis System loosened or dislocated, requiring surgery to repair it. Depuy Synthes took its device off the market in December 2016.

The U.S. Food and Drug Administration had received dozens of reports of serious problems with DePuy Synthes elbow implants before the company decided to take its Radial Head Prosthesis System off the market in December 2016.

By then, the elbow replacements had already been implanted in thousands of patients.

Loosening was cited in the recall notice, but loosening could also cause other complications. DePuy sent a letter to doctors detailing the reported problems along with the recall notice. It said the company could not determine the exact cause of problems. But it admitted it was unable to provide a solution that could reduce the failure rate.

Large recalls often indicate a large number of lawsuits could result as people suffer complications from a faulty or defective device. There have been no major trials over DePuy elbow replacements and no verdicts or settlements have been announced.

DePuy elbow lawsuits involve those complications that led DePuy to pull the devices off the market in the first place. Patients complained about implant loosening, dislocation and revision surgery.

The first warning sign that an elbow has loosened may be pain in the forearm. Determining the device has, in fact, loosened can require multiple medical tests. Repairing a faulty DePuy Synthes Radial Head Prosthesis Device can mean another surgery to remove and replace the faulty stem.

Between 2014 and the time of the recall in December 2016, the FDA had received more than 40 reports of this device loosening.

The National Institutes of Health warns that the long-term prognosis for second replacement surgeries is often not as successful as the original replacement.

Loosening may have led to other complications including fractures and bone loss. Each of these complications may mean more medical bills for patients harmed by a faulty stem.

Patients who undergo surgery to replace a faulty elbow joint may want compensation for medical costs, pain and lost earnings. Detecting implant loosening may require X-rays or digital imaging. Patients will need physical therapy to regain full use of their elbows. Therapists can help them restore a range of motion to properly bend, twist and straighten their arms.

While some people may be able to use their elbow a few weeks after revision surgery, full recovery can take a year and those patients are limited in how much they may be able to lift. For people with physically demanding jobs, this can result in a loss of earnings and may require them to change jobs.

The DePuy Synthes Radial Head Prosthesis System was approved through the FDA’s 510(k) process in June 2011. The process allows a company to market certain medical devices if they can simply show that the product is “substantially equivalent” in safety and effectiveness to other devices already on the market. They do not have to put the device through more rigorous safety tests.

DePuy and Synthes merged around the time of the approval, but Synthes had developed the elbow implant and shepherded it through the FDA approval process.

Synthes had presented the device as substantially similar to two other elbow implants already on the market.

The surface of the device, critical for attaching to the bone and potentially important in the device loosening, was compared in Synthes’ application to 10 other existing medical devices. These included two versions of dental implants.