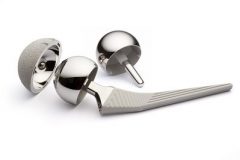 We value your privacy. By submitting, you agree to our privacy policy and disclaimer. After submitting, you will be contacted by one of Drugwatch's trusted legal partners. This is legal advertising.
Last modified: July 29, 2020
Fact Checked
Legally Reviewed

As of July 2019, a total of 587 lawsuits over Smith & Nephew’s Birmingham Hip Resurfacing (BHR) hip implants were pending in multidistrict litigation (MDL) in a Maryland federal court.

The MDL was created in April 2017 when the U.S. Judicial Panel on Multidistrict Litigation combined the first 28 cases. It involves lawsuits from across the U.S. and has the potential to include a large number of new cases in the months to come.

Attorneys also have been filing claims over Smith & Nephew’s Modular SMF and Modular Redapt Revision Femoral Hip. The company recalled 2,000 of the devices in 2016.

Like many other hip replacements in major litigations, Smith & Nephew BHR systems use a metal-on-metal design. Studies have found the wear between metal parts can release metal ions into the body. Elevated metal levels can cause a condition called metallosis which, in turn, can lead to other serious complications. People who filed lawsuits cited metallosis in their complaints.

Grazia endured severe pain after his second hip implant. It was so bad that surgeons had to replace his left hip implant in April 2016.

In December 2016, Grazia filed a lawsuit against Smith & Nephew. It was later included in the MDL over BHR implants. He claimed “metal shedding debris” from friction between the hip-replacement parts led to his persistent pain.

The lawsuit claimed at the time of the device’s recall in 2015, there had been 288 “‘device problems’ with the BHR, including numerous safety problems related to ‘metal shedding debris’ and other symptoms typical of metal-on-metal device failure.”

In 2018, Taylor needed revision surgery to remove and replace the BHR implants because of severe pain. Surgeons replaced the right hip in January and the left one in May.

Taylor filed a lawsuit in August 2018. It is part of the MDL.

At the time of the right hip revision, Taylor’s surgeon “documented extensive damage to Mr. Taylor‘s right hip anatomy due to severe metallosis,” according to his lawsuit.

“Although Smith & Nephew was aware of the risks associated with the BHR for many years, it did not inform [Taylor] or his healthcare providers until 2015 when it was too late for Plaintiff to avoid the BHR product,” his lawsuit claimed.

Smith & Nephew issued a field-safety notice on its BHR implants in 2015, saying the devices posed a risk of dislocation, fractures and other complications that could require surgery to correct.

In addition, the UK-based company recalled its R3 Acetabular Hip Systems in 2012, and its Modular SMF and Modular Redapt Revision in 2016, over issues serious enough to spark more potential lawsuits.

Smith & Nephew has paid more than $40 million to settle past claims of wrongdoing brought by the U.S. Department of Justice.

In 2007, the company paid $28.9 million to resolve an alleged kickback scheme. The federal government had accused the company of paying doctors to use its devices.

In 2014, Smith & Nephew settled another case with the federal government for $11.3 million. The lawsuit involved devices sold to Veterans Affairs hospitals. The contract required components be made in the U.S.

The federal investigators claimed Smith & Nephew passed off Malaysian-made implants claiming the devices were made in America.