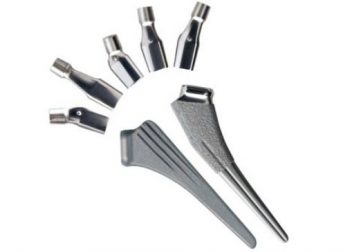 Medical device maker Stryker Corp. announced this week that its search for a new chief executive officer has concluded with the selection of unit leader Kevin Lobo for the position. Lobo heads up the manufacturer’s orthopedics division, which recently has come under fire for its defective Rejuvenate and ABG II hip implants.

Investment analysts were cautiously optimistic about Lobo’s appointment, according to Reuters. One Morgan Stanley financial expert, David Lewis, told the news service that choosing Lobo may indicate the company intends to focus on orthopedics sales, especially outside the United States, “where performance over the last two years has been less than optimal.”

The company is facing challenges and lawsuits in the United States, where in July it voluntarily recalled the Rejuvenate and ABG II modular-neck hip stems, which are used in hip replacement surgeries. Unlike traditional hip replacement systems that feature one component that is inserted into the femur, Stryker’s modular systems include several necks and stems to allow surgeons to customize the fit to each patient’s anatomy. The Rejuvenate hip offers surgeons six stems and 16 necks, and the ABG II has 10 necks and 16 stems.

The Rejuvenate and ABG II can be used with either metal or ceramic hip systems. Unfortunately, the metal necks and metal stems can create complications similar to those seen in defective metal-on-metal hip implants, such as the DePuy ASR hip system.

The metal necks and stems rub against each other, and can cause loosening and early failure of the devices. Furthermore, the grinding of the metal parts can produce dangerous metal shavings, which are associated with metallosis, or metal poisoning.

Despite the recall, Stryker is not accepting full responsibility for the defective hip devices. Instead, they have pointed fingers at surgeons, saying they did not use the correct implantation procedures, and even the patients themselves, who are accused of not following their operations with the necessary rehabilitation.

About 20,000 people in the United States were implanted with either Rejuvenate or ABG II hip components.