Pradaxa Back Under Review by the FDA 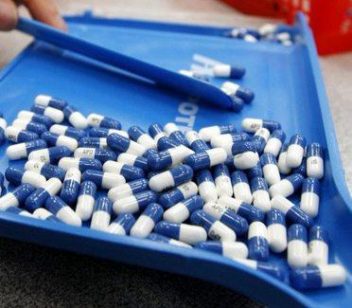 FDA officials will again review Pradaxa, one of the best-selling blood thinners on the market that is also linked to accidental, uncontrollable bleeding.

The review by the U.S. Food and Drug Administration’s Mini-Sentinel initiative will compare post-trial results between Pradaxa (dabigatran), by drugmaker Boehringer Ingelheim, and its popular counterpart warfarin as a “one-time assessment of selected safety outcomes in adults with atrial fibrillation who are new users of dabigatran or warfarin.”

The Mini-Sentinel project electronically monitors post-market safety of drugs and medical devices approved by the FDA. It will evaluate the rates of bleeding and strokes in those patients.

Previous reviews by the Mini-Sentinel initiative in 2012 and 2013 found that bleeding rates associated with Pradaxa did not appear to be higher than those with warfarin.

The German pharmaceutical company issued a response to the FDA’s latest review, stating: “It’s important to note that the protocol currently posted on the Mini-Sentinel site states that the fact that FDA requests and receives data on a particular product through Mini-Sentinel does not necessarily mean there is a safety issue with the product.”

Several pharmaceutical companies are positioning themselves to become industry leaders in the blood-thinner market in 2014.

Pradaxa is currently the best-seller. Boehringer is expected to generate nearly $1 billion in sales of the drug in 2014. Pradaxa earned $215 million in the first quarter of 2013 and continued making over $200 million in subsequent quarters. Those sales were nearly a 28 percent jump from the previous year.

In 2011, Johnson & Johnson and Bayer introduced Xarelto (rivaroxaban). Pfizer and Bristol-Myers Squib recently introduced Eliquis (apixaban). Both are looking for growth opportunities in the anticoagulant market.

The FDA originally approved Xarelto for deep vein thrombosis in knee and hip patients, but later added stroke prevention. Regulators again expanded the drug’s use for the prevention of recurring blood clots.

This expansion and direct-to-consumer marketing has helped push sales of Xarelto. Eliquis sold far less than its competitors — it grossed $12 million in the second quarter of 2013 and peaked at $44 million after a marketing push.

More than 2.3 million Americans live with atrial fibrillation and depend on these drugs for stroke prevention.

More than a million knee and hip replacements were performed in the U.S. in 2010. As Americans live longer and engage in more active lifestyles, the need for the procedures are expected to grow in the coming years.

Blood clots are one of the most common complications in joint replacement surgeries, and that’s an issue because several hip joint replacement manufacturers, including DePuy and Stryker, have come under fire for metal-on-metal designs that failed or caused tissue damage in people who received them.

As of now, the FDA is not looking to study the safety of any other newer blood thinners like Xarelto or Eliquis.