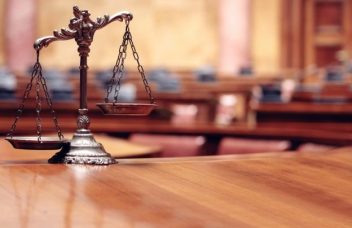 Federal lawsuits against the makers of AndroGel and other testosterone replacement therapy (TRT) products will be consolidated in the U.S. District Court for the Northern District of Illinois, where the first cases were filed this year.

“Centralization of claims involving all testosterone replacement therapies will reduce potentially costly expert discovery, facilitate the establishment of a uniform pretrial approach to these cases, reduce the potential for inconsistent rulings . . . and conserve the resources of the parties, their counsel and the judiciary,” the panel wrote.

AndroGel is by far the most popular TRT — or “Low T” — product on the market. Abbvie and Abbott Laboratories, the makers of AndroGel, face 45 claims filed in courts around the United States, ones now consolidated in Chicago. Those will all be handled by Judge Kennelly, whose caseload could swell to the thousands by the time claims against other TRT manufacturers like Eli Lilly (Axiron), Watson Laboratories (Androderm) and others are consolidated.

The MDL panel decided that the claims in each case involve common scientific facts and legal theories. And because many plaintiffs used multiple products made by many manufacturers, combining them in one location allows for a logical resolution, it said.

Other defendants in the MDL, Pfizer and Pharmacia & Upjohn, wanted to create an MDL involving testosterone gels only, but that request was denied.

The original claims against AbbVie and Abbott, both based in the Chicago area, include that the two companies hid the dangers of AndroGel from consumers. Three of the five plaintiffs said they suffered heart attacks after starting use of AndroGel. A fourth man said he had a stroke, and a fifth said he suffered a mini-stroke.

The first lawsuits were filed four days after the Food and Drug Administration (FDA) said it would re-examine the safety of testosterone therapy drugs. The FDA was reacting to recent studies that concluded certain groups of men face a considerable risk of heart attacks if they take testosterone. Consumer groups are calling on the FDA to add a black-box warning to all testosterone products. A black box warning is the strongest the FDA can issue.

The popularity of Low T products spiked in the past 10 years. Sales of drugs and gels topped $1.6 billion in 2013. They are projected to reach $5 billion in the next three years.

Testosterone therapy is approved to treat men with hypogonadism, a rare condition in which the body fails to produce enough testosterone. Men are using TRT and Low T drugs as a way to rejuvenate themselves physically, emotionally and sexually. Numerous television and magazine ads promote this use much more than for hypogonadism.

Doctors can administer a simple blood test to reveal whether a man has a low testosterone level, but several reports show that many men never get tested before beginning treatment.