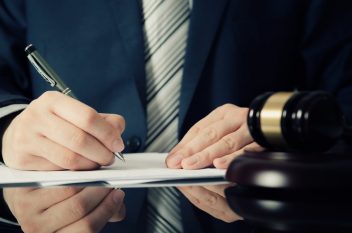 Eli Lilly and Co. has reached a global settlement in hundreds of federal lawsuits over its testosterone replacement therapy drug Axiron, according to federal court records.

Details of the settlement had not been released as of Jan. 4, 2018.

The company was named in more than 400 lawsuits that are part of multidistrict litigation being managed in U.S. District Court in Chicago. Multidistrict litigation is a means by which federal courts manage large numbers of similar lawsuits filed around the country. A single judge decides all pretrial issues and presides over the initial trials.

The lawsuits against Eli Lilly are among more than 6,000 federal lawsuits against various manufacturers of testosterone replacement therapy drugs. Patients filing these lawsuits claim they suffered cardiac problems and strokes as a result of taking the drugs.

Two cases involving Eli Lilly had been slated for trials on Jan. 29, 2018, and March 5, 2018. U.S. District Judge Matthew Kennelly issued an order on Dec. 21, 2017, vacating those trials and directing that all proceedings involving Eli Lilly be halted for 45 days to give the parties time to finalize a master settlement agreement.

In a separate development in state court in Philadelphia, Auxilium Pharmaceuticals settled a lawsuit by a man who claimed that company’s testosterone replacement drug, Testim, caused his stroke.

Robert Hoehl’s lawsuit would have been the lead case in a mass tort in Philadelphia, but a judge in that city denied requests by both the plaintiff and the defendant to designate cases there for mass litigation. Mass litigation is Pennsylvania state court’s equivalent to federal multidistrict litigation.

Injured by complications related to testosterone therapy treatment? Get A Free Case Review

In the meantime, 17 more testosterone-replacement-drug lawsuits have been scheduled for trial in Common Pleas Court in Philadelphia starting in June.

The parties settled Hoehl’s lawsuit, according to a Jan. 2, 2018, docket entry in Philadelphia Court of Common Pleas. Details of the settlement were not disclosed.

Endo International owns Auxilium. The Hoehl case settlement comes on the heels of a win for the company in another Testim case — this one in Chicago federal court. Jurors on Nov. 16, 2017, ruled that Testim was not responsible for a heart attack suffered by a Steve Holtsclaw of Hampton, Tenn.

Two previous federal juries sitting in Chicago ordered another manufacturer, AbbVie Inc., to pay awards of $150 million and $140 million to men who claimed the drug AndroGel caused their heart problems.

A federal judge in December threw out the $150 million verdict and ordered a new trial. The judge found that verdict for plaintiff Jesse Mitchell inconsistent because jurors ordered no compensatory damages, but a large punitive award.

Compensatory damages are designed to compensate injured parties for their expenses, as well as pain and suffering and lost wages. Punitive damages are intended to punish the defendant – in this case the drug manufacturer – for its conduct. Punitive damages generally are not awarded if the person who filed the lawsuit was not injured by that conduct.

Like other lawsuits involving testosterone replacement therapy drugs, Hoehl’s lawsuit accused the manufacturer of deceptive marketing and inadequate warnings about the drug’s dangerous side effects.

Hoehl, of Anniston, Alabama, suffered a stroke in July 2012, nine months after he started taking Testim, according to a news release from Ross Feller Casey, the law firm representing Hoehl.