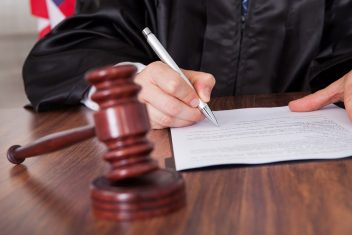 An Oregon man who suffered a heart attack four years after he started using the testosterone-boosting drug AndroGel was awarded $150 million in his case against drug giant AbbVie in Chicago federal court.

Jesse Mitchell was 43 years old when he was first prescribed AndroGel in 2008, according to court documents filed in the Northern District of Illinois, where federal multidistrict litigation on the testosterone drugs is being heard. Mitchell used AndroGel from approximately 2008 to 2012.

AbbVie intends to appeal, according to a company spokeswoman, Adelle Infante, who emailed Drugwatch the following statement: “The jury found that Androgel did not cause any damage. We expect the punitive damage award will not stand.”

Bellwether Case Could Affect Others

This is the first of seven so-called bellwether cases representing nearly 4,000 federal lawsuits to go to a jury. Another bellwether trial that began in June ended in a mistrial after an attorney was hospitalized for a heart problem. That case, involving plaintiff Jeffrey Konrad of Tennessee, is scheduled to start again in September.

In managing large numbers of lawsuits involving the same or very similar issues, judges often select several representative cases to serve as bellwethers in which various issues are identified and decided and where the outcomes can signal to the remaining parties the possible direction for their cases. Consequently, verdicts in such cases can have an impact far beyond the parties directly involved.

Mitchell’s lawsuit says the plaintiff viewed AbbVie’s AndroGel advertising before deciding to use the product, which “caused physical and emotional impairments beginning on or about November 18, 2012, which affected his personal and professional life.” Plaintiffs generally accuse the manufacturers of the testosterone treatment drugs of pushing them for off-label uses that needlessly endangered patients.

But AbbVie says in its motion for a directed verdict that Mitchell “failed to provide clear and convincing evidence that he or his prescribing physician saw and relied on any false representation when deciding to prescribe/use AndroGel…Mr. Mitchell conceded he had never heard of AndroGel before Dr. Canzler prescribed it for him…He did not recall seeing advertisements for any particular brand of TRT, and although he had a general recollection of seeing TRT (testosterone replacement therapy) advertisements, he could not remember the content.”

Mitchell testified on July 17 that he didn’t think that the benefits he received from AndroGel outweighed the risk of heart attack. He said the drug helped him get back some energy after he became lethargic, anxious and depressed, but he wouldn’t have taken the drug if he knew about the possibility of a heart attack, according to legal news website Law 360.

The multidistrict litigation also includes cases against Besins, Eli Lilly and GlaxoSmithKline. The plaintiffs are all men who say they suffered health problems as a result of taking testosterone replacement therapy drugs.

The lawsuits against AbbVie generally accuse the company of launching an aggressive marketing campaign built on a bogus diagnosis called “Low T,” in which the company allegedly used to urge men to request its product to be treated for the normal effects of aging. AndroGel was approved by the U.S. Food and Drug Administration to treat a specific condition called hypogonadism, which affects the endocrine system and leads to severely diminished or no testosterone.

AbbVie argued that the theory of “age-related” fraud didn’t apply in Mitchell’s case, as he was “only 43, with unequivocally low testosterone, at the time of his first prescription.”

According to the judge’s instructions, to find strict liability, the jury would have to find that AndroGel was “in a defective condition that was unreasonably dangerous” to Mitchell, that it reached Mitchell without a substantial change in that condition and that it caused physical harm to the plaintiff.

To find negligence, the jury had to find that negligent conduct by AbbVie caused harm to Mitchell that was reasonably foreseeable to the drug maker.

Jurors did find fraudulent misrepresentation. According to the judge’s instructions, to make such a finding, the jury had to find that AbbVie knowingly made a false representation on a material matter that would likely affect the decision of a reasonable person whether to take AndroGel. In addition, the pharmaceutical giant had to know or disregard whether it was misleading Mitchell and his doctor and Mitchell or his doctor relied on that false representation.

Finally, to find fraudulent misrepresentation, the jury also had to find that Mitchell was harmed as a direct result of his and/or his doctor’s reliance on the false representation.

In order for the third claim to succeed, jurors were required to find proof of “clear and convincing” evidence, which is a more rigid standard in which jurors would have to find that it was substantially more likely that the drug caused Mitchell’s heart attack than not.

In order for the jury to award punitive damages, which it did, it had to find that AbbVie’s conduct was “fraudulent, intentional, or willful and wanton.” Jurors, the judge said, also had to find that the drug maker’s conduct “proximately caused injury to Mr. Mitchell, and if you believe that justice and the public good require it, you may award an amount of money that will punish AbbVie and discourage it and others from similar conduct.”

Among other considerations, in reaching a decision regarding punitive damages, jurors were told to determine, “How reprehensible was AbbVie’s conduct?”

The following year, the FDA required a warning that testosterone supplements may increase the risk of heart attack and stroke. That warning was followed by a drop of $250 million in annual sales for AndroGel, according to AbbVie’s annual reports.

Still, AndroGel continues to be a significant money maker for AbbVie. Last year, the drug brought in $675 million in sales for the company, a drop from its high of $1.15 billion in 2012.