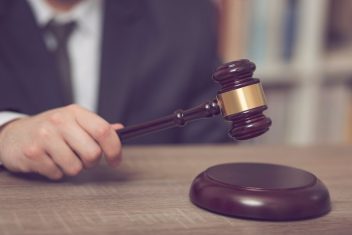 AndroGel maker AbbVie has won its second jury verdict in a row. The manufacturer’s wins follow a jury ruling in March ordering the company to pay $3.2 million to a man injured by its testosterone replacement therapy.

A federal jury in Chicago handed up the most recent verdict June 14, 2018. Jurors found against plaintiff Robert Rowley.

Last month, another jury ruled against plaintiff Arthur Myers of Arizona. On June 13, 2018, Myers filed a motion for a new trial.

The cases are among more than 6,000 testosterone lawsuits pending in federal court. AbbVie says it faces about 200 more cases in various state courts.

The testosterone lawsuits were filed by men who blame Androgel for heart attacks, strokes and blood clots. The Androgel lawsuits are part of a larger multidistrict litigation (MDL) involving men who say they were harmed by testosterone replacement therapy (TRT) drugs.

Federal courts manage large numbers of lawsuits involving the same issues by way of MDLs. Under this arrangement, a single judge presides over all cases filed nationwide for pretrial matters. The MDL judge also presides over the first trials, known as bellwethers. Bellwether trials are intended to give parties guidance in settlement negotiations.

So far, the AndroGel trials have ended with mixed results. Two cases ended with verdicts in favor of patients. One jury ordered AbbVie to pay $140 million. Another jury ordered the drugmaker to pay $150 million. That larger verdict was overturned. A second trial in April 2018 ended in a verdict of $3.2 million.

Four other trials, including the most recent cases, ended in verdicts in favor of AbbVie. The latest verdict capped the sixth federal bellwether trial involving AndroGel injury claims.

In May 2018, the judge dismissed about 160 cases when the plaintiffs failed to respond to requests for more information about their claims.