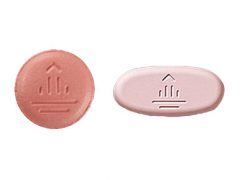 Tradjenta and Jentadueto both contain the active ingredient linagliptin to treat Type 2 diabetes. Common side effects of linagliptin include diarrhea, cough, sore throat, and runny or stuffy nose. Serious side effects include pancreatitis, skin reactions and joint pain.

Tradjenta and Jentadueto Side Effects

Linagliptin is the active ingredient in two antidiabetic drugs made by Boehringer Ingelheim: Tradjenta and Jentadueto. Jentadueto combines linagliptin with metformin.

In clinical trials, side effects of linagliptin included:

Jentadueto has these side effects plus those of metformin. The most common side effects of metformin are diarrhea, nausea and vomiting, flatulence, indigestion, abdominal discomfort and headache.

After a drug hits the market, people may voluntarily report side effects or adverse events to the U.S. Food and Drug Administration. From 2009 to September 2019, the FDA’s Adverse Events Reporting System (FAERS) received 6,648 reports of adverse events for Tradjenta. Of these, 3,764 were serious and included 466 deaths. People reported 459 adverse events to FAERS for Jentadueto, including 12 deaths.

Overall, most studies show the drugs are safe and effective for most people. But, Jentadueto has a black box warning for lactic acidosis that may rarely be caused by metformin. Because metformin decreases the liver’s ability to process lactate, more lactate stays in the blood and can cause toxicity. Symptoms of lactic acidosis include body pain, tiredness, trouble breathing, heart palpitations and low blood pressure.

One of the biggest concerns for people who take Tradjenta or Jentadueto is pancreatitis. Inflammation of the pancreas can lead to hospitalization and turn fatal. The FDA has warned pancreatitis can be an issue with Tradjenta and Jentadueto, as well as other drugs in their class, called dipeptidyl peptidase 4 (DPP-4) inhibitors.

An article published in the February 2017 issue of Diabetes Care found the risk of acute pancreatitis with DPP-4 inhibitor use was “rare but real.”

“We can conclude that pancreatitis is an established but rare side effect of DPP-4 inhibitors that occurs at a very low frequency,” the article said. “We should inform patients on this potential side effect.”

Researchers have assessed the clinical safety of linagliptin in more than 4,000 patients with Type 2 diabetes, Maisha Kelly Freeman, doctor of pharmacy, reported in a 2011 article in Pharmacy and Therapeutics.

A 2019 review of 165 trials by Ilaria Dicembrini found no association between use of any DPP-4 inhibitor and pancreatitis. There was also no association when evaluating only 8 studies of 8,875 patients treated with linagliptin.

“Heart failure can result in the heart not being able to pump enough blood to meet the body’s needs. As a result, we are adding new warnings to the drug labels about this safety issue,” the FDA said in a 2016 Drug Safety Communication.

“Heart failure can result in the heart not being able to pump enough blood to meet the body’s needs. As a result, we are adding new warnings to the drug labels about this safety issue.”

Prior to the warnings, Julio Rosenstock and colleagues had analyzed 19 clinical trials with a total of 9,459 participants to see if Tradjenta increased the risk of cardiovascular events, including heart failure. They found 12 people out of 5,847 who took linagliptin ended up in the hospital for heart failure versus 9 out of 3,612 people who took placebo.

They concluded linagliptin was not associated with an increase in cardiovascular risk, including heart failure.

Another analysis from the study comparing linagliptin with placebo found linagliptin did not increase the risk of being hospitalized for heart failure.

It is important to note that Boehringer Ingelheim funded these studies. The pharmaceutical industry funded most of the safety studies on linagliptin.

One of the latest warnings added to labels for Tradjenta, Jentadueto and other DPP-4 drugs is the risk of severe joint pain. According to an August 2015 FDA Drug Safety Communication, people have experienced joint pain in as little as one day after taking a DPP-4.

The FDA said it identified 33 cases of severe joint pain with DPP-4 use in its FAERS database over a seven-year period, but only two of those reports were associated with linagliptin specifically.

After the patients stopped taking the drugs, the symptoms vanished. Some people who re-started therapy with a DPP-4 experienced the symptoms again.

About a year after the FDA released its safety announcement, researchers in Japan published a study in Drug Target Insights that found no increase in joint pain among 20 people with advanced stage diabetic neuropathy who took linagliptin.

Still, Boehringer Ingelheim continues to warn that people who take the drugs may develop joint pain that can be severe. The drug maker advises people to call a doctor if they experience the side effect.

Another rare but serious side effect associated with DPP-4 drugs is a skin condition called bullous pemphigoid (BP) that can cause erosion and blisters.

The labels for Tradjenta and Jentadueto caution that the skin reaction may need to be treated in a hospital. Boehringer Ingelheim says to tell a doctor right away if someone who takes one of the drugs develops blisters.

In a 2018 Letter to the Editor in the journal of Cutaneous Immunology and Allergy, Dr. Junko Mukaijo and colleagues described a 64-year-old man who had been taking linagliptin for about six months and suffered blisters and lesions on his head, torso and limbs. He also had lesions in his mouth. Doctors diagnosed him with BP after taking a skin biopsy.

In this case and other BP cases with linagliptin, stopping the drug cleared up the skin issues. Though, the man’s mouth lesions required steroid treatment.

In a review of 5 studies by Dr. Kevin Phan and colleagues, a significant association was found between use of DPP-4 drugs and BP. Compared to patients in the studies who did not have BP, those who did have BP were roughly twice as likely to have taken a DPP-4 drug.