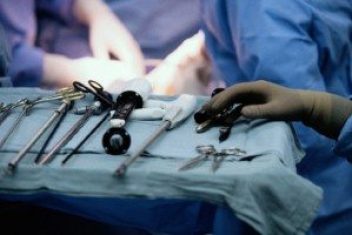 Jeffrey Shuren, director of the FDA’s Center for Devices and Radiological Health, is speaking against the backdrop of legislation introduced in February that would allow the FDA to reject medical devices that are based on recalled products.

Shuren did not endorse the bill but does support a legislative fix.

Rep. Edward Markey (D-Mass.), who sponsored the bill in the U.S. House of Representatives, asserts that loopholes in the FDA’s 510(k) approval process that bypass clinical trials must be closed.

“If an automobile is recalled for a major safety problem, we wouldn’t allow future models to repeat this same flaw, and the same should be true for the medical devices used in our bodies,” Markey said in a statement. The bill ensures “that devices do not mimic the mistakes made by other products.”

By law, the FDA has to OK devices that claim an approved predicate unless the older device has been taken off the market by the agency, Shuren said. Because most companies choose voluntary recalls, the devices can continue to serve as models for future products, he said.

Numerous and dangerous complications of transvaginal surgical mesh implants used to correct Pelvic Organ Prolapse (POP) and Stress Urinary Incontinence (SUI), which have been marketed without human testing, prompted the bill. Many of the implants were approved based on a mesh product from Boston Scientific that was voluntarily recalled in 1999.

Shuren said that even though an average of only 28 of 3,000 devices approved annually can be traced to the loophole, some, such as vaginal mesh, have created dangerous health situations and undermined the public’s trust in the FDA.

The bill would need to pass the House and the Senate before President Barack Obama could sign it into law.

If the bill passes, it would also affect another large class of medical devices —  hip replacement systems. More than 93,000 DePuy ASR hip implants were recalled in August 2010 because the metal-on-metal parts created excessive friction, releasing metal fragments into patients’ blood. The Johnson & Johnson subsidiary introduced the ASR model after its Pinnacle hip replacement system, which had a similar defective design. A new law would help prevent such successive faulty products in the future.